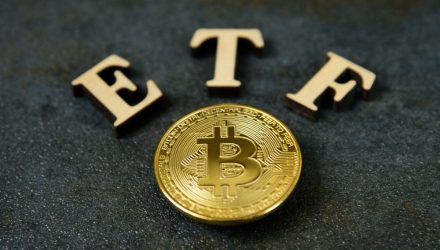 The bitcoin exchange traded fund story still has life, although the Securities and Exchange Commission (SEC) keeps rejecting the idea. That doesn’t mean issuers are throwing in the towel.

As the largest cryptocurrency continues its ascent to record highs around $29,000, VanEck has filed plans with the SEC for the VanEck Bitcoin Trust.

“The Trust’s investment objective is to reflect the performance of the MVIS® CryptoCompare Bitcoin Benchmark Rate less the expenses of the Trust’s operations. In seeking to achieve its investment objective, the Trust will hold bitcoin and will value its Shares daily based on the reported MVIS® CryptoCompare Bitcoin Benchmark Rate, which is calculated based on prices contributed by exchanges that the Sponsor’s affiliate, MV Index Solutions GmbH (“MVIS”), believes represent the top five bitcoin exchanges based on the industry leading CryptoCompare Exchange Benchmark review report,” according to the filing.

If the fund comes to market, it will trade on the CBOE.

Will This Time Be Different for Bitcoin?

While the ETF market has been anxiously awaiting a Bitcoin ETF, the SEC has turned its back on all related proposals. Investors and the digital currency universe are hoping a change in leadership at the SEC could bolster Bitcoin ETFs’ chances of success.

Bitcoin is soaring, stoking old memories of 2017, a run that gave way to a spectacular decline the following year. However, some market observers believe that outcomes will be different this time.

Businesses and currencies exist for roughly the same purpose: to facilitate the exchange of value. Fiat currencies like the U.S. dollar are positively primitive when compared to the promise of blockchain and the emerging token economy, which some technologists have taken to calling an asset operating system.

“MVIS and the Sponsor believe that the bitcoin market has matured such that it is operating at a level of efficiency and scale similar in material respects to established global equity, fixed income and commodity markets,” according to the VanEck filing. “MVIS and the Sponsor believe that these, as well as other, factors have combined to improve the efficiency of the bitcoin market, creating a dynamic, institutional-quality, two-sided market.”