You are at:Home»Disruptive Technology Channel»What’s Next for the Newly Crowned Largest Active ETF In Town? 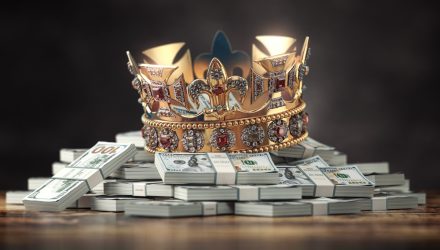 What’s Next for the Newly Crowned Largest Active ETF In Town?

The ARK Innovation ETF (NYSEArca: ARKK) continues wracking up superlatives, something that would seem difficult to do with the exchange traded fund higher by a staggering 150.15% year-to-date.

After wresting the title of largest equity-based actively managed ETF earlier this year, ARKK is officially now the largest active ETF of any stripe.

As has been widely documented (NASDAQ: TSLA) is ARKK’s top holding and the position is providing an obvious tailwind for the ETF this year. Shares of the electric vehicle maker will soon join the S&P 500.

“ARKK’s rally ranks it as one of the top 10 performing U.S. ETFs this year in a universe of over 2,400 funds. It’s attracted roughly $7.6 billion worth of inflows so far in 2020, the bulk of which came in the second-half of this year as the tech sector took off,” according to Bloomberg.

One of the key components in evaluating growth strategies is execution, which ARKK offers investors. The fund has the benefit of active management, meaning it can target areas often overlooked by traditional passive rivals. Adding to the ARKK thesis is that many innovative companies may actually be undervalued, not overvalued.

“Actively-managed ETFs in general have grown in popularity this year, adding $42 billion in 2020 compared to only $26 billion the year prior. Still, they make up less than 3% of total ETF assets in the U.S.,” adds Bloomberg.