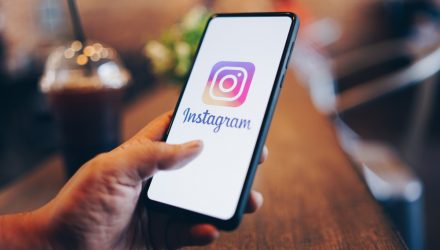 What the Instagram AI Photo Trend Says About AI in ARKW

Been on social media lately? You’ve probably seen at least one example of the AI photo trend in which people submit images of themselves to the image generator Lensa, from Prisma Labs, and then post several depictions of themselves in different artistic styles. Investors keeping an eye on the popular app may want to watch what an active AI ETF like the ARK Next Generation Internet ETF (ARKW) holds that could benefit from AI in the future.

ARKW actively invests in companies set to benefit from innovations like advances in cloud computing, fintech, big data, and AI. While it charges 88 basis points, as a long-term hold it provides exposure to firms that could be able to leverage AI like Lensa.

While the app and company have been criticized by artists who fear they will render a human touch in art obsolete, the app is also a trendy example of the power and monetization potential of AI. The app previously averaged less than $10 million in annualized revenue according to research from ARK Invest and now tops $1.2 billion by that revenue metric, up almost 100 times since the release of the “Magic Avatar” function two weeks ago.

As much as eyes on the app and downloads have been huge for its momentum, customers’ willingness to pay for it has been the key to its revenue, according to ARK. That could also show investors how AI improvements can help the types of firms held in ARKW.

Roblox Corp. (RBLX) for example, weighted at 3.7% already allows users to pay for in-game cosmetics or abilities for player avatars. AI tech could allow rapid personalization for players, helping them design clothes for their characters based on simple inputs at a small cost. At the same time, shopping platforms like Shopify (SHOP), weighted at 6.1%, could also see customers get personalized products or shopping experiences with an AI similar to that of Lensa’s image generator.

The active AI ETF has an annual dividend yield higher than either the ETF Database Category Average or the FactSet Segment Average at 1.23%. While it hasn’t been the easiest year in flows or performance, ARKW could be set to benefit from advances in AI like the Magic Avatar which are already impacting our daily lives, for better or worse.