You are at:Home»Disruptive Technology Channel»Venture Capital, Fintech, and the ARKF ETF 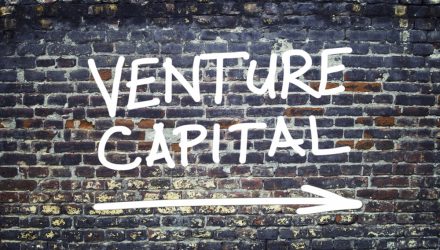 Many investors don’t emphasize how venture capitalists allocate cash, but those involved with fintech and the ARK Fintech Innovation ETF (NYSEARCA: ARKF) ought to start paying attention.

A recent report on VC spending confirms these high-level investors are enthralled with fintech, indirectly confirming a potentially compelling scenario for the actively managed ARKF.

“Consider that if you annualize Q1’s pace of global fintech VC investments you get $91 billion, which is more than the market cap of Bank of New York (NYSE:BK) and State Street (NYSE:STT) combined,” DataTrek’s Jessica Rabe writes in a note. “It is also about 75 pct of American Express’ (NYSE:AXP) market cap, or 60 pct of Citigroup’s (NYSE:C) valuation. VCs clearly see a very large opportunity in financial services, and they’re moving quickly to disrupt the sector.”

Implications for the ARKF ETF

Due to the move to cash payments, the increasing adoption of digital wallets and investors looking for equity-based exposure to the cryptocurrency space, fintech already offers a solid investment thesis – one ARKF has long capitalized on.

However, it’s crucial to remember that fintech is a disruptive, emerging technology. That’s panning out in real time as highlighted by the venture capital figures.

“This was especially true in the wealth management and capital markets categories, where mega-rounds accounted for +80 pct of total funding for Q1,” said DataTrek’s Rabe.

While the first quarter was an active time for venture capitalists and fintech, there’s no expiration date on that theme. In fact, there are good reasons why those investors will continue doling out the cash.

“Adding to the boom have been record low interest rates and the staggering returns that some VC firms have enjoyed as their companies have gone public during the last 12 months,” according to ARK Invest research. “As a result, the competition in venture capital has intensified. In late-stage VC, median deal sizes and pre-money valuations roughly doubled on a year-over-year basis last quarter.”