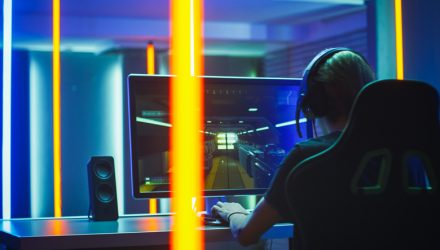 Investors looking to harness the potency of the esports boom have several ETFs to consider, including the Roundhill BITKRAFT Esports & Digital Entertainment ETF (NYSEArca: NERD).

“Esports teams, or esports organizations, have garnered a great deal of attention from the media covering gaming and esports investments,” according to a recent note from Roundhill Investments. “This can partially be attributed to the eye-opening valuations they have received — for example, Cloud9 and TSM are each worth a reported $400 million. We have also seen prominent sports owners buy stakes in esports organizations (Bob Kraft, Jerry Jones, and Jeff Wilpon), as well as celebrities and athletes (Drake, Offset, Michael Jordan). But above all else, esports teams represent the most glamorous assets in the gaming space. I mean, who doesn’t want to own a [e]sports team?”

As has been widely noted, one of the primary catalysts driving the video game industry’s growth expectations for the next several years is expected, steady increases in television viewership of e-sports competitions.

“Alongside all of the hype and excitement, esports teams have continued to trade at fancy valuations in the private markets,” notes Roundhill. “According to our analysis of Forbes data, which is to be taken with a grain of salt, the top 12 esports teams traded at a multiple of 14.1 times trailing sales. 14 times sales, the type of multiple typically reserved for high-growth tech companies, is roughly 2 times the multiple awarded to traditional sports teams. However, esports is monetizing its fanbase at less than $5 per viewer. This compares to $35 and up for traditional sports. Therefore, if the esports industry can improve monetization and mature as an industry, those multiples might actually represent value when we look back in 10 years’ time.”