You are at:Home»Disruptive Technology Channel»Unpacking the Potential of the Synthetic Biology Space 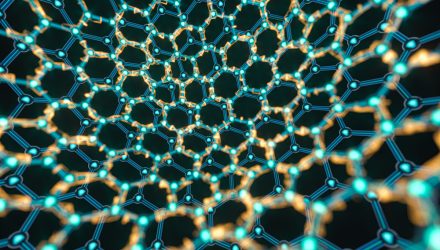 Unpacking the Potential of the Synthetic Biology Space

Synthetic biology could be a new example of ARKG’s long-running adaptability. Like many of the markets ARKG addresses, synthetic biology is still its nascent stages, but offers epic investment potential.

“Synthetic biology is a field of science that involves redesigning organisms for useful purposes by engineering them to have new abilities. Synthetic biology researchers and companies around the world are harnessing the power of nature to solve problems in medicine, manufacturing and agriculture,” according to the National Human Genome Research Institute.

By some estimates, synthetic biology could eventually become a $1 trillion market. That figure is the equivalent of five AT&Ts.

Again, synthetic biology is still in its formative stages and the universe of related equities is still small and speculative. Alone, that makes ARKG a relevant idea for investors that want exposure to this market because embracing the ARK fund removes the need for stock-picking.

However, there’s more to like in ARKG as a synthetic biology play because some experts compare the market to genome editing – a concept ARK has long invested in with impressive success.

“Both involve changing an organism’s genetic code; however, some people draw a distinction between these two approaches based on how that change is made,” notes the National Human Genome Research Institute.

The intersection of these two concepts is validated by the importance of genome editing tools being used to add or remove DNA in organisms, which can possibly bolster the efficiency of synthesizing genomes.

Zymergen (ZY), a small member of the ARKG roster, is among the publicly-traded synthetic biology names on the market today. That $3.5 billion company “is focused on consumer electronics. It has developed a durable optical film called Hyaline, which can be used on foldable cellphones and tablets,” reports Andrew Bary for Barron’s.