You are at:Home»Disruptive Technology Channel»Locking On Two Standout Stories in One ETF 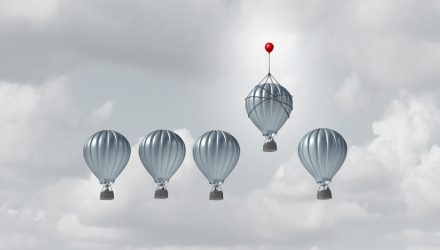 Locking On Two Standout Stories in One ETF

The ARK Web x.0 ETF (NYSEArca: ARKW) is rapidly becoming one of the darlings of the actively managed ETFs arena and rightfully so with a year-to-date gain that’s closing in on 80%.

These days, it’d be easy for investors to fall in love with ARKW solely because of an almost 9% weight to Tesla (NASDAQ: TSLA), but there’s much more to the story. There’s the ETF’s 8.37% weight to Square and its position in the Grayscale Bitcoin Trust (OTC: GBTC). In fact, those two ARKW holdings are very much intertwined.

“Square Cash app users traded Bitcoin aggressively in the second quarter, and all that volume benefited the payments company,” reports Avi Salzman for Barron’s. “Shares of Square closed up 7.1% on Wednesday for all sorts of reasons, but the digital currency appeared to be one of them. The news is good for Square, and arguably even better for Bitcoin.”

One of the main issues with releasing a Bitcoin ETF is the regulatory issues surrounding it. Regulators are spooked by the potential for criminal activity as cryptos become a potentially more potent force in the currency world. Owning the digital assets via a fund such as ARKW ameliorates some of those concerns. Plus, some market observers remain enthusiastic about the cryptocurrency’s price appreciation prospects.

“Square, whose core business is helping merchants accept credit cards, made almost half its gross profit in the quarter from services on its Cash app, which lets people send money to each other and to invest in stocks and Bitcoin. It appears to have benefited from a trend that has also helped brokers during the pandemic—a rise in day trading,” according to Barron’s.

ARKW’s Square allocation is one of the largest among non-fintech ETFs. Disruptive technology is not relegated to certain sectors as it will permeate into all industries in some form or fashion. For example, augmented reality is technology comprised of digital images superimposed over the real world, and its use is primed to drive industry growth–industries like real estate and manufacturing are already putting the technology to use in a variety of ways.

“Square benefited from people depositing their stimulus checks into their Cash app accounts. And many of those people with the Cash app also appear to have traded stocks, along with Bitcoin. Square started allowing equity investments through its Cash App Investing subsidiary last October,” reports Barron’s.