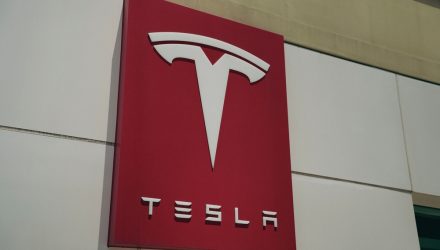 Tesla (TSLA) will report its most recent earnings Wednesday this week amid ongoing scrutiny not only concerning its operations and business but CEO Elon Musk’s escapades as the new owner of Twitter. While the stock has dropped more than 45% over the last six months, it’s recovered some of its price in a 32% increase over the last month. Investors looking to play TSLA earnings Wednesday may want to consider its significant weight in the ARK Autonomous Technology & Robotics ETF (ARKQ).

ARK has bought low on TSLA for months now, with the firm believing in the long-term potential for disruptive innovation offered by the firm and its electric vehicles. ARKQ itself bought more than 100,000 shares in TSLA in January alone without counting shares added by the firm’s flagship strategy, the ARK Innovation Fund (ARKK). ARKQ has the third largest weight to TSLA among all ETFs and the largest at ARK itself, with TSLA ARKQ’s highest weight at 10.9%.

Investors may be somewhat skeptical about TSLA given its drop off in price and failure to deliver as many electric vehicles as it had previously indicated. That said, there’s more than one reason why 64% of analysts covering TSLA rate the stock as a “buy” or “overweight” holding according to FactSet – the highest share since the end of 2014 according to the data hub.

The company remains the big dog in the burgeoning world of electric cars, an industry subcategory that bucked the 8% drop in total U.S. auto sales last year. TSLA cut prices recently, too, putting pressure on its nascent rivals, and may have even been oversold over the last few months according to some analysts – seemingly in agreement with the approach taken by ARK towards the firm.

ARKQ could be a good option to play TSLA earnings Wednesday. The actively managed EV ETF charges 75 basis points and has outperformed its ETF Database Category Average and its FactSet Segment Average over the last month, returning 15.1%.

TSLA has some way to go before it’s beaten back all the questions it faces, particularly those concerning Musk and his split attention. That said, markets are feeling more optimistic about the electric vehicle company than they did in the waning months of 2022, and as such ARKQ may be worth watching for TSLA earnings Wednesday.