You are at:Home»Disruptive Technology Channel»As Traditional TV Suffers, This ETF Is Thriving 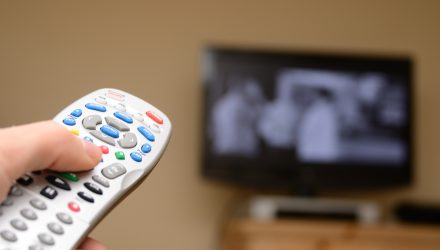 As Traditional TV Suffers, This ETF Is Thriving

Old school cable television is being disrupted in a big way and the ARK Web x.0 ETF (NYSEArca: ARKW) is a prime example of an exchange traded fund sitting at the epicenter of that disruption.

However, the demise of linear television wasn’t brought about by the pandemic and those issues would still be in play if COVID-19 is defeated tomorrow.

“Offering thousands of channels for a seemingly low price, linear TV has not kept up with the times. Modern viewers want modern options,” said ARK analyst Nicholas Grous in a recent report. “As a result, viewers have begun to “cut the cord”, canceling their linear TV services at an accelerating rate during the last few years. Without sports, the pace of cord cutting intensified during the pandemic.”

Combining cable subscriptions and advertising, Grous says linear TV is worth about $442 billion, meaning it’s a sizable market to be disrupted and a potentially lucrative one for some ARKW components.

“Disruptive innovation typically evolves slowly, until it hits a tipping point. Since peaking in 2011, the number of US linear TV households has been declining at an annual rate of 2.1%, a rate that we believe will accelerate to -15% at an annual rate during the next five years,” writes Grous. “Cumulatively, the number of US linear TV households could drop 48% from 86 million as of 2019 to roughly 44 million, a level last seen more than 30 years ago in the late 1980s.”