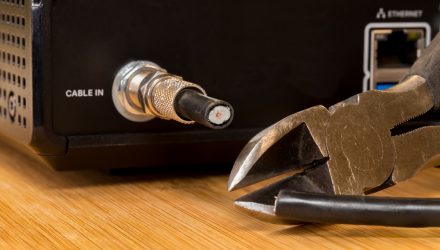 At the hands of streaming entertainment, linear television is bleeding market share and, in the eyes of many market observers, dying a slow death. Investors looking to capitalize on that situation should consider the ARK Web x.0 ETF (NYSEArca: ARKW).

ARKW aims to capture long-term growth with a low correlation of relative returns to traditional growth strategies and a negative correlation to value strategies. It serves as a tool for diversification due to little overlap with traditional indices. The actively managed strategy combines top-down and bottom-up research in its portfolio management to identify innovative companies and convergence across markets.

“Linear TV has offered viewers thousands of channels for a seemingly low price, but users today want more modern options and a better deal. While ~86 million households in the US still pay for linear TV, its days seem to be numbered,” said ARK analyst Nicholas Grous in a recent note. “Disruptive innovation typically follows a pattern: it evolves slowly at first and then all at once. Since peaking in 2011, the number of US linear TV households has declined 2.1% at an annual rate. That said, according to our research, by 2025, the number of US linear TV households will be cut nearly in half, from ~86 million at the start of 2020 to ~44 million, a level last seen more than 30 years ago, as shown below.” 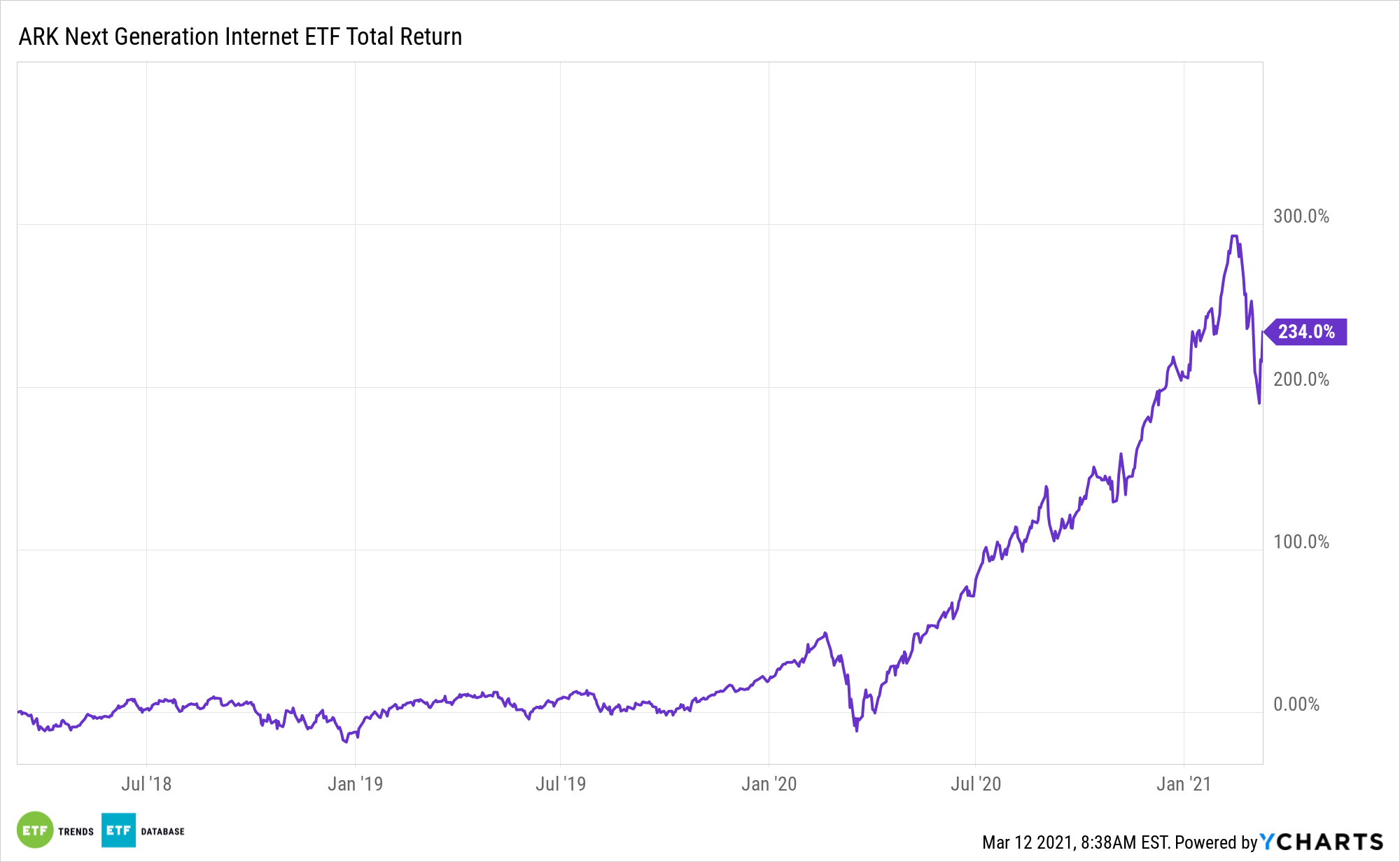 Thanks to the likes of Netflix, Amazon.com Inc. (NASDAQ: AMZN), Roku (NYSE: ROKU), and more, the streaming space is becoming increasingly competitive. That competition spotlights the utility of a fund such as ARKW, which helps investors avoid stock picking on their own.

“Connected TV platforms are becoming a threat to traditional media companies. TV operating systems like Roku, Fire TV, and Android TV motivate many, if not most, television purchases. During the next five to 10 years, if the ad market for streaming soars, as we believe it will, TV operating systems like Roku will benefit from the share shift in revenues, taking 30% of the ad load on each of their channels,” according to Grous.