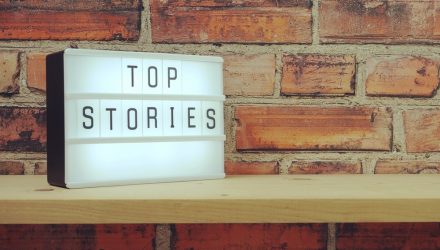 2022 has been a wild year for markets, from Russia’s invasion of Ukraine to the Fed’s dedicated rate hike campaign. That hasn’t stopped the world from innovating, though, with firms in areas from biotech to cloud computing to robotics and AI working hard on advancements that can change their entire industries. ARK Invest and its suite of actively managed ETFs focus on those firms, as do the top three most-read disruptive technology stories focused on their research and investment strategy.

The top disruptive technology story for 2022 was a Q&A with Cathie Wood of ARK Invest, in which VettaFi vice chairman Tom Lydon interviewed the maverick CEO and founder of ARK Invest in January. The interview focused on volatility in the markets between 2021 and 2022, certainly a relevant topic in a year that proved even more volatile than many may have expected. With 2023 looming with plenty of other uncertainty, it remains an important consideration.

Lydon and Wood also touched on some of the areas in which ARK’s ETFs invest, like healthcare and genomics, which are accessible in an ETF like the ARK Genomic Revolution ETF (ARKG).

The second most-read disruptive technology story, “On-Chain Analysis Centers Bitcoin Transparency,” underscored a major storyline this year, the transparency and regulation of cryptocurrencies and their exchanges, in this case bitcoin.

The article followed news that the U.S. Department of Justice (DOJ) seized over 94,000 bitcoin previously stolen during the Bitfinex crypto exchange cyberattack. Displaying the power of the blockchain, on-chain analysts knew about the seizure a week in advance, ARK shared, though not which entity was behind the taking. It’s a concept worth revisiting after the FTX affair and its fallout.

Finally, the third most-read story focused on the flagship disruptive technology strategy, the ARK Innovation Fund (ARKK), titled “Cathie Wood’s Dependability Leads to Strong Inflows For ARKK.” ARKK has added net inflows of $1.4 billion over one year as of the middle of December, with the story in March focused on its flows as a result of its strong convictions.

While it hasn’t been the most straightforward year for investing in innovation, with volatility privileging investors holding innovative strategies for the long term, ARKK has kept chugging along, adding flows over the whole of the year.