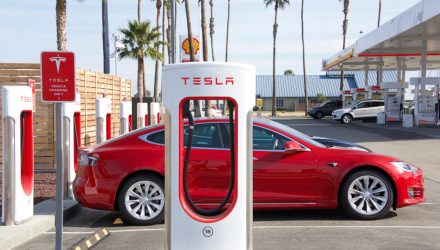 ETF Trends CEO Tom Lydon appeared on Yahoo! Finance’s “The Final Round” on Wednesday to speak with hosts Jen Rogers and Myles Udland about the state of Tesla (TSLA) when it comes to exposure within ETFs.

As Rogers pointed out, many investors may falsely believe they have at least some exposure to Tesla, given the size of the company. The reason is that Tesla is not in the S&P 500. But why?

As Lydon explained, the S&P 500 has a committee that selects the companies that will be featured. Looking back a year ago, the price of Tesla was much lower than it currently stands. So, things could change within the next six months.

However, as Lydon states, “I don’t think people buy ETFs specifically to get a big holding of one stock, but there are some ETFs that are specific to certain industry groups or sectors where you can take advantage of it.”

This leads to a question from Udland regarding the changing of the industry. As most investors are looking at wrappers over individual names, it brings up the thought of money managers and other individuals possibly starting to look at ETFs based on wanting exposure to specific stocks.

Lydon brings up how strong the passive nature of the market has been for the past decade, but how things will eventually come full circle. It will bring more notoriety to those who have been looking at Tesla for some time. 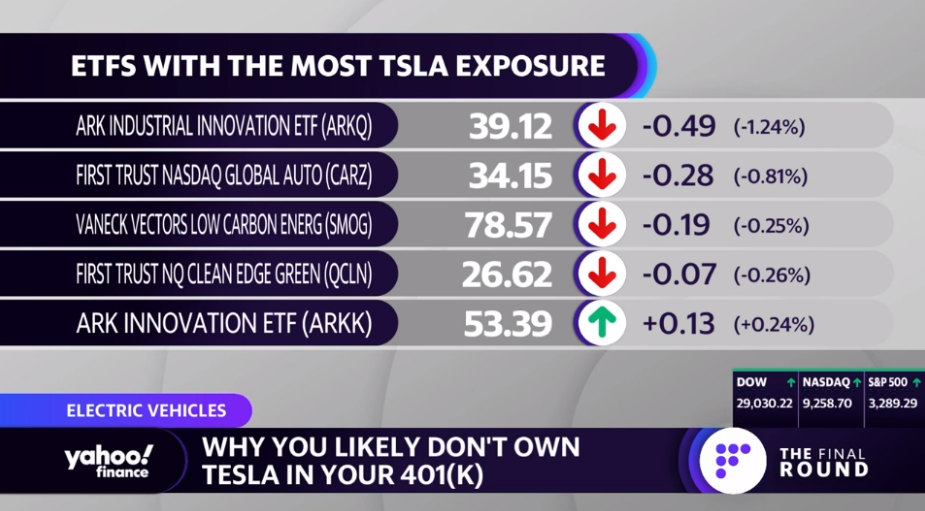 Factor in the ARKQ ETF

“In fact,” Lydon states, “The number one ETF, the ARK Autonomous Technology & Robotics ETF (ARKQ), that owns Tesla, has 12.5% allocation.” Lydon goes on to state how portfolio manager Cathie Wood has been a huge bull for Tesla, even when it was down.

Looking beyond ARK Invest, Lydon also notes how Tesla only appears in 124 ETFs currently. For the record, there are 2,300 ETFs presently in existence. Additionally, the percentage that Tesla occupies as a holding in these ETFs tends to be quite small.

As for the main point, per Lydon, “If you like Tesla, the concept, the progressiveness of the stock, and the fact that autonomous vehicles and robotics are going to be our future, buying a technology ETF or a conventional technology sector fund isn’t going to cut it.” It would be more beneficial to lean on something with Tesla. Even clean energy funds that feature the stock as a high weight would be a good move. 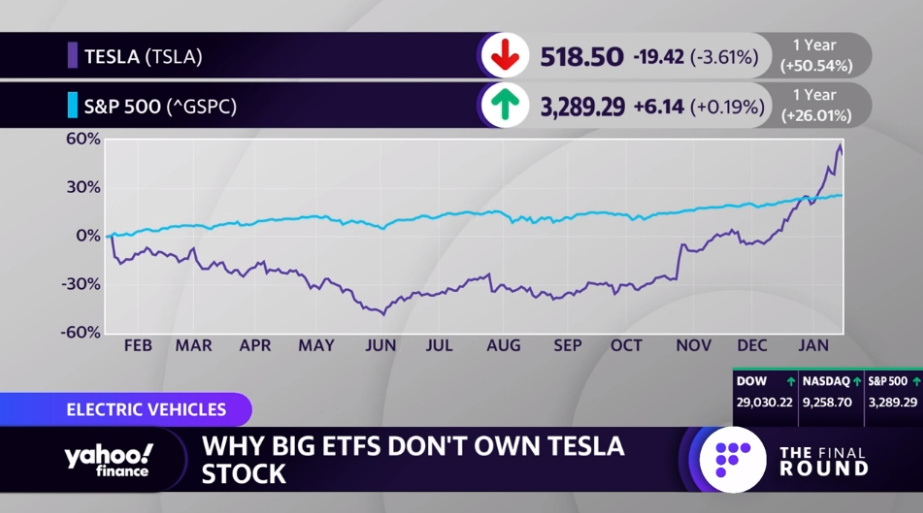 Udland shifted gears, bringing up low-cost stock trading, and whether or not picking a specific factor is really passive. Lydon responds, noting how with low costs in ETFs, the expense ratios are way down. Additionally, trading for ETFs and stocks have basically gone free for the major brokerage platforms. This means buying fractional shares of Tesla isn’t out of the question. One could say the same about ETFs as well.

Related: The Future Is Bright for This Autonomous Technology ETF

“For the small investor,” Lydon states, “It’s just getting better and better. The key, though – where are you allocating the money.”

When speaking about the average ETF fee coming down, Lydon explains how it’s a competitive nature. Vanguard’s two bases points, for example, is tough to compete with. It means outperforming or offering something special that’s not the S&P 500. Fortunately, the ETF business keeps finding ways to split things up into multiple different areas and sectors.