You are at:Home»Disruptive Technology Channel»This Stock Is Up More Than 1,000% This Year 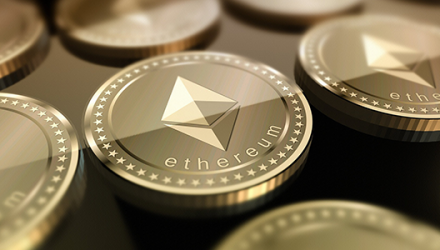 I hope all of my American readers and subscribers had a safe, happy Thanksgiving Day and weekend. This year has been exceptionally challenging for a variety of reasons, but I believe there’s still a whole lot to be thankful for. I trust you were able to spend some time with friends and family, whether in person or over Zoom, and found the time to count your blessings.

Americans appeared to buck Thanksgiving travel warnings from the Centers for Disease Control and Prevention (CDC), with the number of commercial air passengers hitting a new pandemic high. Nearly 1.05 million passengers took to the skies the Sunday before last, beating the previous record of 1.03 million people on October 18. That figure was beaten again yesterday, when 1.18 million people were screened to fly.

One of the things I’m most grateful for is how well HIVE Blockchain Technologies has done over the past 18 months. As I’m sure many of you know, I serve as HIVE’s interim executive chairman, and U.S. Global Investors (NASDAQ: GROW) owns 10 million shares of the company, the very first publicly traded cryptocurrency mining firm.

Back in June 2019, HIVE managed to settle all disputes with Genesis Mining, bringing back transparency, accountability and responsibility. Basic corporate governance, in other words.

The settlement agreement also allowed us to drive down costs. This, coupled with higher Ethereum and crypto prices, means that HIVE is doing better now than ever before. 2020 has been marked by healthy expansion in mining capacity, the most recent example being HIVE’s acquisition of a data center campus in Grand Falls, New Brunswick, that will give the company access to an additional 50 megawatts (MW) of low-cost green energy.

So far this year, HIVE shares have soared an incredible 1,100%, well past Ethereum’s gain of 367%. This is very positive news for shareholders not just of HIVE but also GROW. Cryptocurrency prices remain highly volatile, the same as shares of HIVE, which move in the same direction as Ethereum about 90% of the time.

With that, I invite you to join us tomorrow for the HIVE earnings webcast for the fiscal quarter ended September 30. This quarter represents a full year since the company has been 100% in the driver’s seat of its operations, and though I obviously can’t give any details away right now, I’m very excited for you to hear them yourself.

You can register for the webinar by clicking here.

The price of bitcoin swung wildly last week, along with gold, flirting with its all-time high on Wednesday before plunging more than $3,000. The digital currency looked ready for a correction after hovering in overbought territory for about a month, according to the 14-day relative strength index (RSI).

Gold, on the other hand, is starting to look oversold, especially after Friday’s selloff on hopes of a vaccine and broad economic recovery.

The yellow metal has also been under pressure from rising bond yields. The yield on the 10-year Treasury has been on the upswing, and as I’ve explained a number of times before, this can have a huge impact on the direction of gold prices. Take a look below. Gold hit its all-time high of nearly $2,070 an ounce on August 6, when the 10-year yield traded as low as 0.5%. Remember, this is the nominal yield. Adjusted for inflation, it’s below zero.

I believe gold is a buy at these prices. The following 20-day and 60-day oscillator charts bear this out.

Looking at the 20-day, gold was trading down close to 2 standard deviations from its five-year mean, meaning its well within the “buy” range. The data says we may see a rally in prices in the short term.

The 60-day oscillator chart also shows that gold is oversold, though not as pronounced. The metal was down 1.5 standard deviations from its five-year mean. This is about as oversold as gold has been since September 2018.

Like HIVE, gold miners have put cost controls in place as the price of the underlying metal rose to new all-time highs. This has resulted in record free cash flow, according to Metals Focus.

In a report dated November 25, the London-based group said that cash flow after capital expenditures for the world’s leading gold miners reached a record high of $4.8 billion in the third quarter of this year. That’s a significant increase of $2.7 billion from the previous quarter, an even bigger increase of $3.3 billion from the same quarter a year ago.

According to Metals Focus, “costs have been contained, with companies remaining focused on maintaining operating and capital cost discipline to maximize value from their [existing]mines.”

This is very good news for investors as this may mean higher shareholder payouts in the future.

Still Haven’t Had a Chance to Watch the Mining Expo?

Many of you still haven’t gotten a chance to watch the Virtual Junior Mining Expo, which I co-hosted recently with StreetSmart Live! The event was a huge success, bringing 10 of the most exciting junior metal producers and explorers to curious investors such as yourself.

For those of you who missed it or want to watch it again, a recording is now available. Just click here!

Frank Holmes has been appointed non-executive chairman of the Board of Directors of HIVE Blockchain Technologies. Both Mr. Holmes and U.S. Global Investors own shares of HIVE. Effective 8/31/2018, Frank Holmes serves as the interim executive chairman of HIVE. Standard deviation is a measure of the dispersion of a set of data from its mean. The more spread apart the data, the higher the deviation. Standard deviation is also known as historical volatility. The relative strength index (RSI) is a momentum indicator used in technical analysis that measures the magnitude of recent price changes to evaluate overbought or oversold conditions in the price of a stock or other asset.