You are at:Home»Disruptive Technology Channel»There’s Still a Lot to Like About the Tech Sector 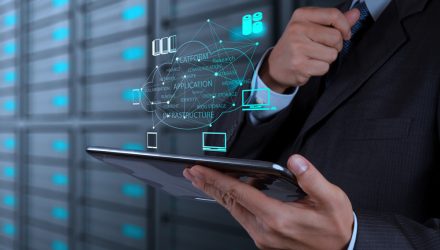 There’s Still a Lot to Like About the Tech Sector

The technology sector is the largest sector weight in the S&P 500 and a bastion of innovation, but there are other more fundamental reasons to consider the group.

The actively managed ARKK isn’t a dedicated technology ETF, but it devoted 31.1% of its weight to that sector as of the end of the third quarter, according to ARK Investment Management data. Integral to the tech investment thesis and that of ARKK is the fact that companies and governments have no choice but to invest in new technologies.

“Even amid the offshoring of much technological innovation and production in the past several decades, business investment in information processing, software, and industrial equipment in the United States has increased significantly,” adds Kastner.

Among the tech industries that are likely to see consistently higher levels of spending in the years ahead are cloud computing, big data, internet of things, and robotics, among others. Those groups combine for over 28% of ARKK’s weight.

Another point of attraction with ARKK is the fact that the fund — arguably more so than many of its peers — leverages the intersection of disruptive technologies with each other.

“The Technology sector continues to play a pivotal role in advances in robotics and automation; the transformation toward big data and cloud computing; the software and artificial intelligence that make it work; and smartphones, tablets, and network interfaces that enable us to use it,” says Schwab’s Kastner.

There are other reasons to consider ARKK over the near term. For example, growth stocks typically perform well as economic cycles mature (which is likely to happen next year) and ahead of interest rate increases by the Federal Reserve. It’s nearly a foregone conclusion that the U.S. central bank will hike rates at least once in 2022.

“Growth stocks—many of which are in the Technology sector—also tend to perform well as economic expansions mature, as investors search for stocks with ongoing profit growth potential amid peaking earnings growth for the market overall,” concludes Kastner. “Additionally, the sector has historically outperformed the overall market on average in the 12 months prior to the Federal Reserve’s first hike in the federal funds rate.”