You are at:Home»Disruptive Technology Channel»The Robots Are Coming…to Deliver Your Packages 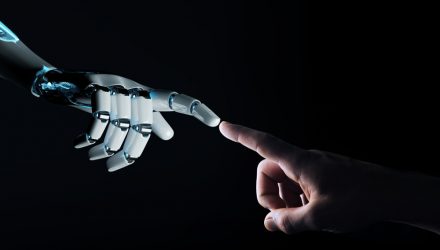 The Robots Are Coming…to Deliver Your Packages

The robotics industry is still young, but it’s finding new applications and frontiers. With that comes potentially positive implications for investors considering assets such as the ARK Autonomous Technology & Robotics ETF (CBOE: ARKQ).

For some time, deployment of robots has been widely viewed through the lens of industrial robots working on assembly lines or in warehouses. Evolution and technological advancements later brought robotics to healthcare, including operating rooms.

Today, demand from those groups is largely factored into the robotics investment thesis, but there’s more, and that’s good news for ARKQ. Robots have a new, burgeoning frontier in the form of package delivery, which encompasses food and groceries as well.

To that end, Nuro, a robot delivery startup, is building a new facility outside of Las Vegas to develop and test delivery robots.

“To gather real-world data, train its fleet, and lower its cost of delivery, Nuro will have to scale its fleet dramatically. ARK estimates that, at scale, a rolling robot could lower the cost of grocery delivery by more than 80% to 40 cents per trip compared to the $2.40 on average that consumers ‘pay’ to drive their personal cars to and from stores as they shop for groceries,” according to ARK Invest research.

Nuro, which is already testing some of its delivery robots in other markets, is still privately held. If the company eventually goes public, it would make for a practical addition to the ARKQ roster. The ARK fund is actively managed, so it could rapidly add Nuro, but for now that’s just speculation.

What isn’t speculative, however, is that rolling robots have “next big thing” potential, and that spells opportunity for investors.

“In other words, much like other autonomous vehicles, we believe rolling robots will turn non-market labor into real economic activity which, in turn, could cause a cascade of other economic changes,” adds ARK. “In response to dramatically lower costs and the increased convenience of deliveries, for example, consumers are likely to order groceries more often, reducing the space necessary to ‘inventory’ them and hurting the demand potentially for massive walk-in pantries and oversized refrigerator/freezers.”

Should the investable universe include delivery robotics companies, and should some find their way onto the ARKQ roster, there would be another benefit. The fund’s sustainability credentials would likely be enhanced because delivery robots are battery powered and result in fewer runs to the grocery store in gas-powered cars and fewer deliveries by traditional trucks.