You are at:Home»Disruptive Technology Channel»The Challenges of Consumer-Facing Payment Startups 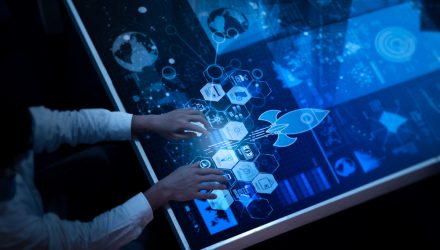 The Challenges of Consumer-Facing Payment Startups

It’s not easy for consumer-facing payment startups. Take Bolt, for example: a payments startup that online stores use to let shoppers pay with one click. After starting the year with a valuation of $11 billion in January (up from $6 billion in October), the startup appears to be struggling to retain customers.

Recent reports show that Bolt’s revenue grew around 10% to $28 million last year after significantly cutting fees. This puts its most recent $11 billion private valuation at 400x revenue, nearly double the $6 billion in its last round in October 2021. By comparison, PayPal’s revenue grew 18% in 2021, and its market cap fell 25% to 9x revenue over the same period.

All this is after Bolt outlasted Fast, a rival that raised $120 million and was recently valued at $580 million but recently shuttered.

This slowdown shows that Bolt is under increasing competitive pressure from PayPal and Shopify, both of which have launched their own one-click checkout buttons for merchants. While Bolt has hyped efforts to work with more high-profile retailers, the number of merchants it works with has hovered in the low 300s since 2020 and saw a decline at the start of this year.

In ARK Invest’s weekly newsletter “ARK Disrupt,” analyst Maximilian Friedrich writes that new payment methods have found success during the past 10 years first by owning one side of the network, either the consumer or the merchant, and then extending distribution to the other side. For example, Apple Pay owned consumers through the iPhone and WeChat Pay through WeChat, while Shop Pay owned merchants through Shopify’s core merchant product and Alipay through Alibaba.

“Consumer-facing payment startups Fast and Bolt learned the hard way how difficult it is to scale into a two-sided product—a check-out solution that must be adopted by both merchants and consumers,” writes Friedrich.

Those looking to invest in disruptive innovators may want to consider the ARK Innovation ETF (NYSEArca: ARKK), an actively managed ETF that invests at least 65% of its assets in companies relevant to the investment theme of disruptive innovation. ARK defines “disruptive innovation” as the act of introducing a technologically enabled new product or service that potentially changes how the world works. This includes companies that rely on or benefit from the development of technological improvements and advancements in scientific research relating to the areas of DNA technologies and the “genomic revolution”; automation, robotics, and energy storage; artificial intelligence and the “next generation internet”; and fintech innovation.