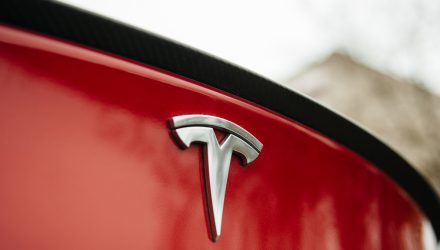 As growth stocks continue slumping, an obvious standout is Elon Musk’s Tesla (NASDAQ:TSLA). The electric vehicle giant reported solid first-quarter results earlier this week, including a 23% increase in earnings before interest, taxes, depreciation, and amortization (EBITDA) on a quarter-over-quarter basis.

Moreover, Tesla is proving that it has pricing power and the ability to reduce production traits, which is enviable in an inflationary environment.

“While our vehicle sales outlook is largely unchanged, we have decreased our near-term overhead expense assumption as Tesla’s ability to scale occurred faster than we had expected,” says Morningstar analyst Seth Goldstein.

Potentially bolstering the case for Tesla are the company’s improving margins — an essential element in the electric vehicle production process.

“Tesla reported automotive gross margin excluding regulatory credit sales of 30% during the quarter, the first quarter in the company’s history to achieve at least 30%,” adds Morningstar’s Goldstein. “This highlights our long-term thesis that Tesla will be able to continue expanding profit margins due to manufacturing efficiencies. However, we expect it will take some time for the company to achieve our long-term automotive gross profit forecast of nearly 38%.”

The research firm boosted its fair value estimate on Tesla while maintaining a narrow moat rating on Musk’s company. Narrow moat implies that a company has some competitive advantages over rivals, but not enough for the wide moat designation.

Nine of those funds feature double-digit allocations to Tesla stock with the largest weights — which are at 15% and above — found among cap-weighted consumer discretionary funds.

Three of the 15 biggest ETF holders of Tesla stock are the following ARK Invest exchange traded funds: the ARK Innovation Fund (NYSEArca: ARKK), the ARK Autonomous Technology & Robotics ETF (CBOE: ARKQ), and the ARK Web x.0 ETF (NYSEArca: ARKW). Those funds could be worth watching as Tesla ramps up production at new facilities outside the U.S.

“The Berlin factory opened in the last week of March, and the Austin factory did not open until April. Further, we think coronavirus-related shutdowns at the Shanghai factory will likely weigh on second-quarter profits. However, we view all of these as temporary issues that should not affect the company’s long-term profitability,” concludes Goldstein.