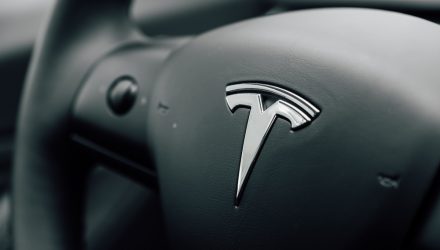 Tesla (NASDAQ:TSLA) is often viewed through lens of automobile manufacturing, which stands to reason because the company is the dominant maker of electric vehicles.

However, there’s more to the Tesla investment thesis, and it’s relevant to investors pondering the stock or Tesla-heavy exchange traded funds such as the ARK Autonomous Technology & Robotics ETF (CBOE: ARKQ).

Morgan Stanley analyst Adam Jonas, a noted Tesla bull, says that Elon Musk’s firm is both an automobile and tech company, but the analyst points out that investors shouldn’t overlook the company’s credibility as an energy infrastructure play.

“Tesla, of course, makes cars, but it also makes utility-scale battery-storage solutions for utilities. Batteries can help solve the intermittency problem utilities have with wind- and solar-power-generating assets. The sun isn’t always shining, and the wind isn’t always blowing. With batteries, some of the renewable power can be stored and released when needed,” reports Al Root for Barron’s.

Translation: The battery storage systems that Tesla is one of the leading producers of are steady sources of renewable energy and can be used to buffer against some of the lumpiness associated with solar and wind.

Not only that, but Tesla’s footprint in the battery storage arena represents another revenue stream, and a potentially material one at that. That’s relevant to investors considering ARKQ because Tesla is the ARK Investment Management fund’s largest holding at a weight of 11.19%, positioning the fund as one of the largest ETF owners of Tesla shares.

Morgan Stanley’s Jonas has a $1,300 price target on Tesla, well above the March 31 close at $1,077.60. Of that $1,300, $710 is attributable to the company’s automobile business, with $71 tied to the aforementioned energy storage unit. Software and servicing represent the rest of his price forecast.

“Analysts with high ratings believe that the Tesla story is more akin to how Apple disrupted the cellphone business. They believe that Tesla will be selling software and services to the installed based of Tesla owners for years. They also believe that Tesla has opportunities in energy storage, as Jonas points out,” according to Barron’s.

Shares of Tesla surged 22.47% in March, helping the stock to a modest first-quarter gain even as the broader market declined. The electric vehicle behemoth also recently rejoined the $1 trillion market capitalization club.