You are at:Home»Disruptive Technology Channel»Tech-Heavy Israel Could Be Way to Play Growth Rebound 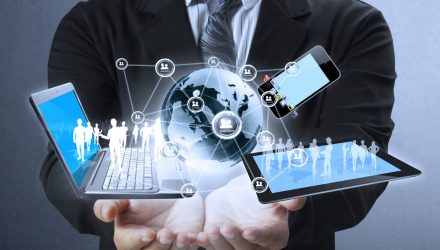 Tech-Heavy Israel Could Be Way to Play Growth Rebound

Growth stocks are facing challenges to start 2022 amid persistent inflation and expectations that the Federal Reserve could be forced to deploy more interest rate hikes than previously expected to damp soaring consumer prices.

In other words, tech investors are dealing with some curve balls early in the new year, but recent growth stock weakness could open the door to opportunity with assets, such as the ARK Israel Innovative Technology ETF (Cboe: IZRL). IZRL, which tracks the ARK Israeli Innovation Index, provides exposure to one of the most advanced and vibrant developed market economies in the world.

The ETF “focuses, as the name suggests, the Israel economy. Why Israel? The country is generally considered on the hottest spots for technological innovation outside of the obvious places, such as the United States and China,” reports Dave Dierking for TheStreet.com.

IZRL isn’t a dedicated technology ETF, but its allocation to that sector is nearly half the fund’s weight. That’s more reflective of the “Startup Nation” status accrued by Israel in recent years than what’s found in traditional benchmarks dedicated to the country. Still, Israel is a diverse economy known for innovation across multiple industries beyond tech, including healthcare.

“According to the fund’s website, IZRL will target the areas of genomics, healthcare, biotechnology, industrials, manufacturing, the internet or information technology,” notes TheStreet.com.

What makes IZRL compelling is that it applies the disruptive growth investing style for which ARK Investment Management is known to a country outside the U.S. that is highly conducive to that type of investing. Moreover, the fund’s growth profile is superior to what’s offered by traditional Israeli equity benchmarks.

Another point to consider is that while IZRL won’t always top U.S. tech funds, the comparison isn’t apples-to-apples, and the ARK ETF does have a track record of beating international equity benchmarks, both developed and emerging.