You are at:Home»Disruptive Technology Channel»Some of This ETF’s Holdings Are Oversold 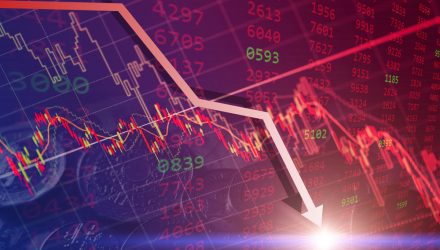 Some of This ETF’s Holdings Are Oversold

With growth stocks, particularly those in the disruptive, innovative camp, lagging this year, now might be an opportune time for investors to evaluate some of the oversold names in the group.

In the essence of removing the stock-picking burden, it’s worth noting that the ARK Innovation ETF (ARKK) is home to some stocks some experts believe are currently oversold.

In a note out last week, Bank of America “outlined 13 stocks across eight sectors that have underperformed the S&P by at least 20% since the Nasdaq’s November peak,” reports Samantha Subin for CNBC.

Bank of America turned up a group of growth names that offer “future revenue growth and can fare well even with slower economic growth,” according to the research team.

One of the stocks in that group is fintech giant Block (NYSE: SQ), the company formerly known as Square. That’s ARKK’s seventh-largest holding at a weight of 5.05%, as of March 4, according to ARK Investment Management data.

“Last month, Bank of America analysts upgraded Block to a buy rating. Analyst Jason Kupferberg is eyeing how the company integrates Afterpay — which it bought for $29 billion in August. He’s looking to the company’s upcoming investor day and first-quarter results for signs of growth and thinks the market is undervaluing Block’s Cash App business, he wrote. Kupferberg has a $157 price target on Block,” according to CNBC.

That price target implies an upside of 47.4% from the March 4 close. Bank of America also views Spotify (NYSE: SPOT) as an oversold growth name with rebound potential. That’s the eleventh-largest ARKK component at an allocation of almost 4%.

Separate from the Bank of America commentary, Gary Black, who runs the Future Fund Active ETF (FFND), laid out a case on Twitter last Friday for how Tesla (NASDAQ: TSLA) ascends to a markt value over $4 trillion in the future – more than quadruple its current market capitalization.

Black “projects that those deliveries, along with service sales related to the existing fleet of Tesla vehicles, would earn the company $140 billion, or about $100 a share. (He projects about 1.4 billion Tesla shares outstanding by the end of the decade, up from roughly1 billion today.)” reports Al Root for Barron’s. “He puts a 30 price-to-earnings multiple to earnings of $100 a share, yielding a $3,000 price target. With 1.4 billion shares outstanding, that means Tesla’s market capitalization would be north of $4 trillion.”

That’s relevant to ARKK investors because it is the fund’s largest component at an allocation of 9.33%.