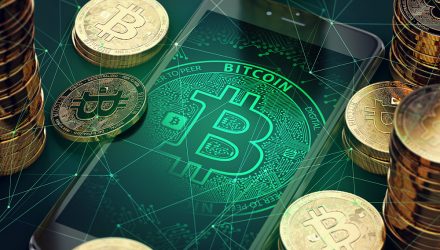 Setting the Record Straight on Some Bitcoin Misconceptions

Bitcoin is the largest digital currency, but in some arenas, it’s still struggling to gain traction among asset allocators due in part to misconceptions and misnomers.

ARK Invest says that while debate is healthy, issues such as bitcoin volatility don’t diminish the case for the digital asset, but rather enhance it. Critics assert bitcoin’s volatile nature makes it difficult to embrace as a store of value, but it can also be said that the turbulence associated with the digital coin underscores the relevance of its monetary policy.

“That said, bitcoin’s volatility is diminishing over time, as shown below. As its adoption increases, the marginal demand for bitcoin should become a smaller percentage of its total network value, diminishing the magnitude of price swings,” said ARK analyst Yassine Elmandjra in a recent report. “All else equal, for example, $1 billion in new demand on a $10 billion market capitalization, or network value, should impact bitcoin’s price more significantly than $1 billion in new demand on a $100 billion network value.”

Bitcoin proponents argue that it is the ultimate alternative asset, combining high potential returns with low correlations and intraday liquidity. Has that held up during the recent market volatility? Other critics believe bitcoin is an asset bubble destined to pop, but ARK sees a contender in the global money arena.

“We believe this argument dismisses the reason why bitcoin accrues value over time. True, bitcoin does not behave like a traditional investable asset,” notes Elmandjra. “Equity values are determined by discounting expected cash flows. Given higher future cash flows based on growth and/or returns on invested capital, equities appreciate independent of their shareholder bases.”

Others believe bitcoin’s value is harmed by digital forks, but that’s not the case over the long haul.

“First, forking the Bitcoin network does not create new bitcoin units, much like inflating the Venezuelan bolivar does not add dollars to the US monetary base,” according to Elmandjra. “Instead, forking Bitcoin creates a new network with new units or coins. While existing bitcoin holders have rights to the new coins, the forked network operates under an independent set of rules supported by unique stakeholders. Instead of diluting the money supply of the original network, open-source software encourages not only inexpensive experimentation and new networks but also new coins and a competitive market.”