You are at:Home»Disruptive Technology Channel»Quantifying Greatness? Breaking Down the Legendary ARKK ETF 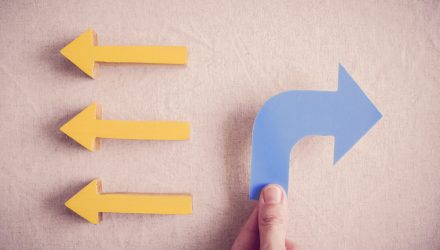 The ARK Innovation ETF (NYSEArca: ARKK) is a powerful force in the world of actively managed ETFs providing exposure to disruptive growth themes.

While ARKK has established a history of asset-gathering performance. This has come with a relatively concentrated portfolio.

“Top holding Tesla–which has been a fixture of the portfolio since 2014–now accounts for about 11% of assets,” writes Morningstar analyst Amy Arnott. “Wood’s pursuit of disruptive innovation isn’t limited to the United States; the fund currently allocates about 20% of assets to international stocks such as Materialise (MTLS), CRISPR Therapeutics (CRSP), and Shopify (SHOP). Wood targets stocks that can outperform over a five-year period, and portfolio turnover is roughly in line with the Morningstar Category average.”

Where Will ARKK’s Gains Today Come from Tomorrow?

Disruptive technology is not relegated to certain sectors. It will permeate into all industries in some form or fashion. For example, augmented reality is technology comprised of digital images superimposed over the real world, and its use is primed to drive industry growth. Sectors like real estate and manufacturing are already putting the technology to use.

Interestingly, ARKK isn’t as heavily exposed to technology stocks as investors unfamiliar with the fund may be led to believe.

“In contrast to many growth-driven managers, Wood hasn’t loaded up on technology stocks. Instead, nearly a third of the fund’s assets are in healthcare stocks, including a 17.8% stake in biotech issues,” notes Arnott. “Communication services also looms large thanks to holdings such as Roku (ROKU), Spotify (SPOT), and Twilio (TWLO). The fund’s tech weighting–while a bit lower than average overall–includes numerous software apps and software infrastructure names.” 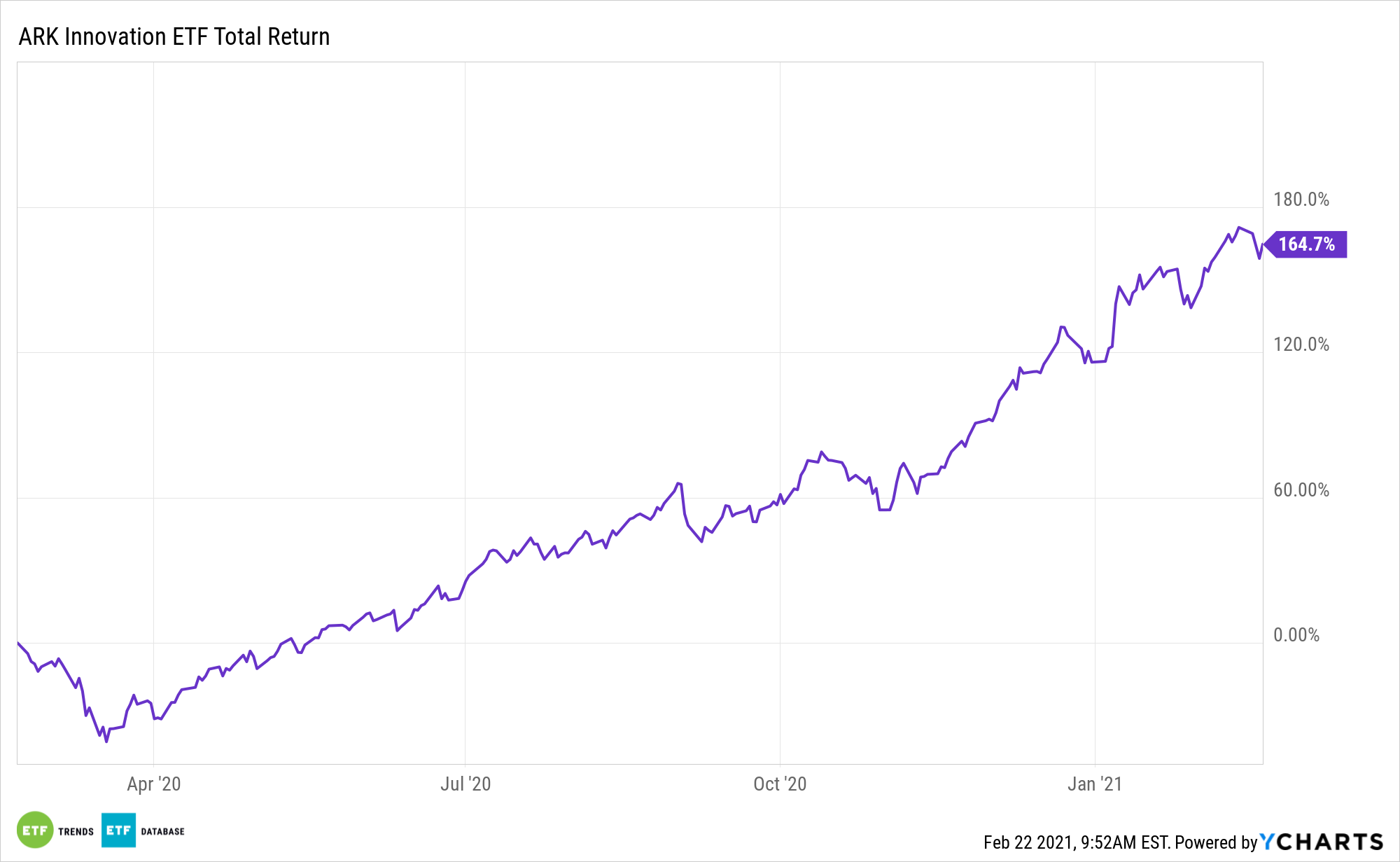 A primary risk for ARKK is that as it gets larger, it may struggle to find new disruptive ideas. Nevertheless, many of its themes offer long runways for continued growth.

ARK Invest estimates that the U.S. digital wallet space could be worth $4.6 trillion by 2025 if each of the estimated 230 million U.S. digital wallet users were valued at $19,900. Additionally, Bitcoin could play a pivotal role in corporate cash. If all of the S&P 500 companies were to allocate just 1% of cash to bitcoin, the price of the cryptocurrency would increase by about $40,000.

On the automotive front, global electric vehicle sales could scale roughly 20 fold from 2.2 million in 2020 to 40 million by 2025. Additionally, the sales of smaller, cheaper ‘neighborhood electric vehicles’ could rise dramatically as a share of total EV sales.

Lastly, automation could add 5%, or $1.2 trillion, to the U.S. GDP over the next five years. ARK calculates that automation could boost U.S. real GDP growth by 100 basis points on average per year to 3.4%.