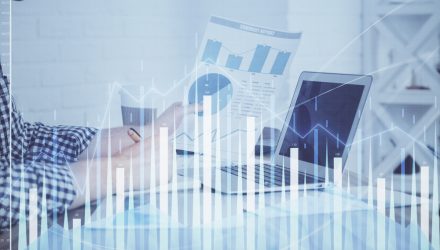 When it comes to the IPO valuations of companies in the innovative space, public markets aren’t buying what late-stage venture capitalists and investment bankers are selling. Roughly a third of the companies that went public through IPOs during the past four years are trading below their previous private valuations as of March 2022. In ARK Invest’s weekly newsletter “ARK Disrupt,” analyst Maximilian Friedrich suggests that this means that “public market investors are rejecting the late-stage and IPO valuations set by venture capitalists and investment bankers.”

Citing WeWork as an example, before its failed IPO in late 2019, investment bankers valued the startup at $104 billion, more than twice the $46 billion of its private funding round in January 2019. In 2021, WeWork went public via a SPAC at a valuation of $9 billion. That valuation has since been cut in half to $4.5 billion as of March 17, according to Bloomberg.

Since late-stage venture capital investors shield themselves from equity losses with liquidation preferences, employees have caught on “that they will bear the brunt of down rounds in the private markets and lower share prices in the public equity markets,” Friedrich writes.

Since the debacle with WeWork, ARK has noticed that in the past year, contrasting sky-high valuations of early-stage public companies in the innovation space with severe valuation compression has hurt private companies’ ability to attract and retain talent. Last week, Jason Warner, managing director at venture capital firm Redpoint Ventures, tweeted that a “very good recruiter friend” of his at a top executive recruiting firm “can’t place any execs or engineers at multi-billion valuation companies with disconnected ARR to valuation.” Added Warner: “this has been a long-time coming but now going to be harder to recruit for fundamentals mismatches.” Altimeter Capital partner Pauline Yang wrote on Twitter: “Experienced hires are asking what their equity means given sky high valuations” and “candidates are turning down job offers from great companies because they see less upside.”