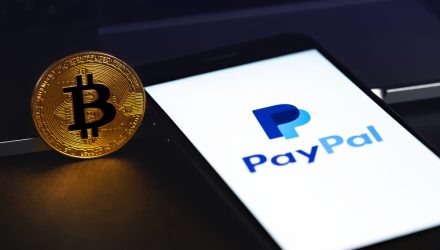 Fintech is one of the most disruptive of the investable disruptive segments, and PayPal (NASDAQ:PYPL) has long been one of the pioneers.

On Monday, news broke that the money transfer and digital wallet provider is looking into allowing customers to trade individual equities.

“The San Jose, California-based company recently hired brokerage industry veteran Rich Hagen as part of that move. After leaving Ally Invest, Hagen is now the CEO of a previously unreported division of PayPal called ‘Invest at PayPal,’ according to his LinkedIn page. Hagen was the co-founder of online brokerage TradeKing, which was bought by Ally Invest,” reports Kate Rooney for CNBC.

That could prove to be big news for PayPal-heavy exchange traded funds, including the ARK Fintech Innovation ETF (NYSEARCA: ARKF). As of Aug. 30, ARKF has a 4.50% weight to PayPal, making the stock the ETF’s seventh-largest holding, according to issuer data. 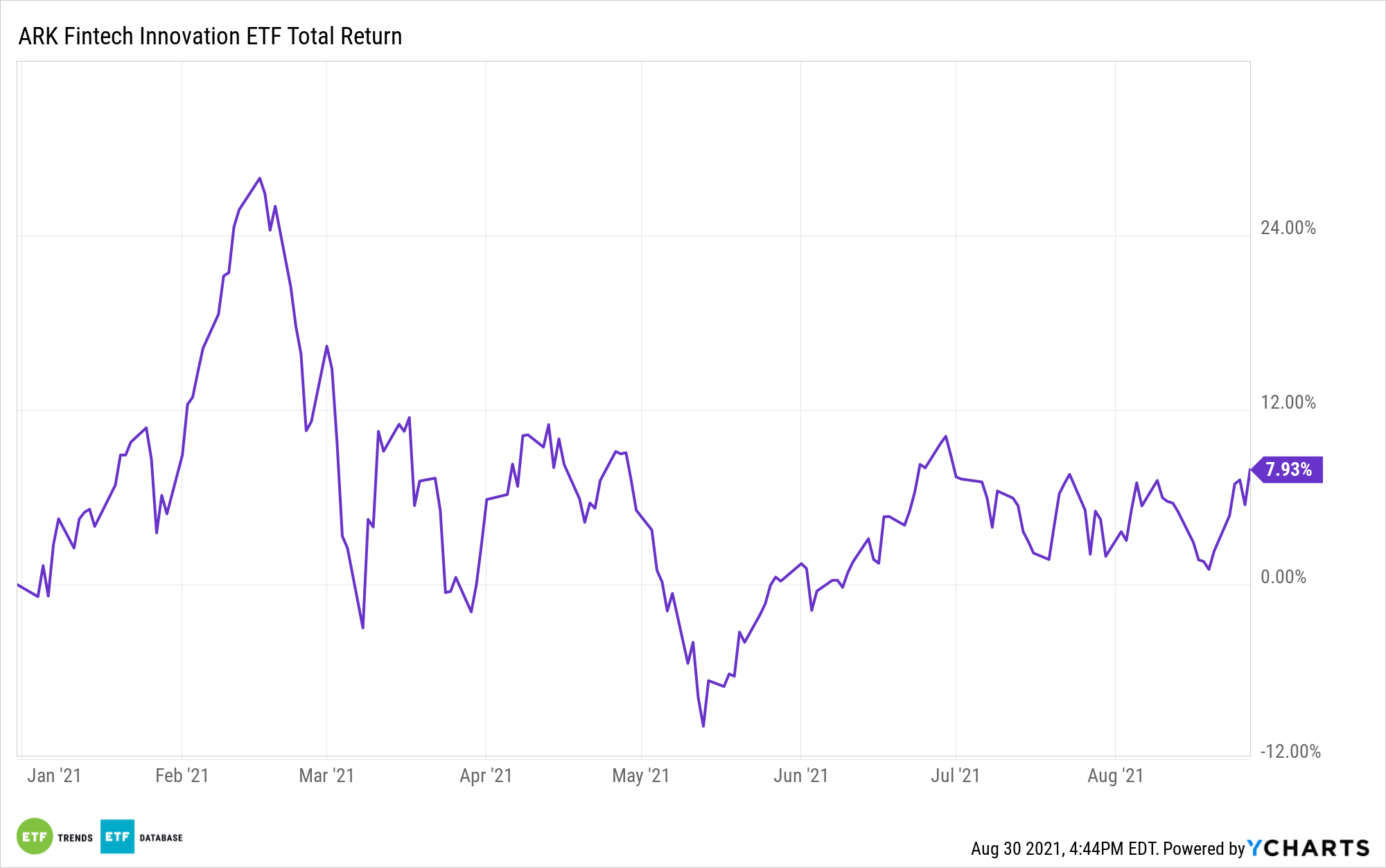 Earlier this month, PayPal announced it is allowing credit card users to convert cash back rewards into Bitcoin and other digital currencies. The move into equity trading could amount to good timing for PayPal.

“PayPal’s move comes amid a retail trading renaissance. More than 10 million new individual investors have entered the market in the first half of this year, roughly matching last year’s record level, according to estimates from JMP Securities. A combination of stay at home orders during the pandemic, government stimulus checks and viral events like the rise of GameStop in January have spurred on new interest in the stock market,” according to CNBC.

The good news for ARKF regarding PayPal is that the company has ample funded accounts, but it may take a while for it to become directly engaged in equity trading.

“If PayPal did look to get full approval as a brokerage firm alone, it would need to complete a new membership process through the industry’s main regulator, FINRA. That process could take more than eight months. PayPal has more than 400 million accounts worldwide,” adds CNBC.