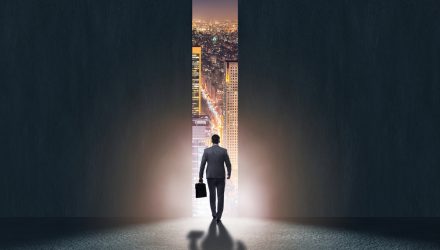 For the past 20 years, an increasing amount of investor capital has been flowing into passively managed mutual funds and exchange traded funds, spurred in part by the dotcom bust at the turn of the century and the global financial crisis in 2008. However, the research team at ARK Investment Management argues that the push towards passive management and indexing may have investors missing out on significant investment opportunities.

“ARK believes that the massive flow into passive and near-passive strategies during the last 20 years is no longer a recipe for efficient and effective diversification and has created potential concentration risks in financial markets,” the article from the investment firm states.

While the index methodology of weighting stocks by market cap is a simple way to track performance, this methodology rewards past success and has several shortcomings. For example, benchmarks like the S&P 500 Index and the Nasdaq 100 Index offer little to no exposure to “the massive amount of innovation that potentially could disrupt the traditional world order,” with companies in the artificial intelligence, robotics, genomics, energy storage, and blockchain technology spaces either underrepresented by or absent from these broad-based benchmarks.

Based on ARK’s research, the market capitalization of companies associated with disruptive innovation will increase from $14 trillion in 2020 to $210 trillion by 2030. This is an opportunity largely absent from broad-based benchmark indexes, which tend to wait until disruptive innovators have long-term track records before making them constituents. Tesla (TSLA), for example, wasn’t added to the S&P 500 until December 21, 2020. As of February 28, ARK’s flagship fund, the ARK Innovation ETF (NYSEArca: ARKK), shared only two holdings with the Nasdaq 100: Tesla and Zoom (ZM), which accounted for 15% of ARKK but only 4.2% of the Nasdaq 100.

“While disruptive innovation is controversial and the stocks are volatile in the short term, the longer-term opportunity could be profound, offering sustained and significant annualized growth,” ARK’s team writes.