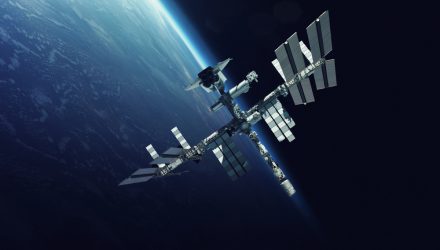 NASA expects that the commercial sector will lead future space activities close to Earth. A report published by NASA reveals that the U.S. space agency plans to retire the International Space Station in 2030. Once ISS is retired — and in this case, “retired” means plunging into the Pacific Ocean — NASA plans to transition low-Earth orbit activities to the private sector.

“The private sector is technically and financially capable of developing and operating commercial low-Earth orbit destinations, with NASA’s assistance,” said Phil McAlister, director of commercial space at NASA Headquarters, in a press release. “We look forward to sharing our lessons learned and operations experience with the private sector to help them develop safe, reliable, and cost-effective destinations in space.”

In the meantime, NASA has already entered into a contract for commercial modules to be attached to a space station docking port and awarded space act agreements for design of three free-flying commercial space stations. These commercial destinations will begin operations in the late 2020s for both government and private sector customers.

NASA intends to be one of many customers of these commercial destination providers, purchasing only the goods and services the agency needs. Commercial destinations, along with commercial crew and cargo transportation, will provide the backbone of the low-Earth orbit economy after the International Space Station retires.

All of this, of course, is game-changing for low-Earth orbit activities — and for investors wanting to blast off into (this) space. Those looking for exposure into the commercial space sector may want to consider the ARK Space Exploration and Innovation ETF (ARKX). Launched in March, ARKX is an actively managed ETF that targets companies focused on space exploration and innovation.

But ARKX’s investment thesis goes far beyond space tourism. The fund looks for exposure to such subsectors as orbital and sub-orbital aerospace; enabling technologies such as artificial intelligence, robotics, 3D printing, materials, and energy storage; and beneficiaries of aerospace activities such as agriculture, internet access, global positioning system (GPS), construction, and imaging. ARKX is also levered to the satellite communications trade.