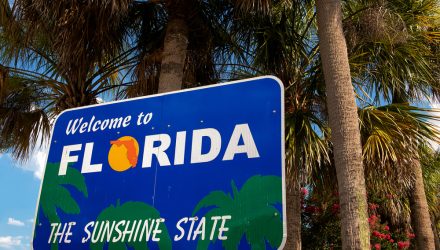 More Than Just Sunshine in Store for ARK Invest in Move to St. Petersburg

New York has long been the epicenter of the domestic financial services landscape. Leave it to Cathie Wood’s ARK Investment Management to disrupt that notion.

The exchange traded funds issuer known for being a pioneer in disruptive growth investing and bringing that style to the masses announced last week that it’s departing the Big Apple for St. Petersburg, Florida. The move occurs Nov. 1, and early next year, ARK will break ground on the ARK Innovation Center.

“This state-of-the-art facility will retain and attract top talent by supporting entrepreneurs and tech startups in St. Petersburg and the Tampa Bay region,” according to a statement issued by ARK.

Confirming ARK’s commitment to the greater Tampa Bay region, the ARK Innovation Center is expected to have an estimated economic impact of $28 million and create almost 1,300 direct and indirect jobs. While the major U.S. technology centers are considered to be San Francisco, San Jose, Austin, and, more recently, Miami, St. Petersburg could be the “Austin of Florida.”

Tampa is an emerging tech hub in its own right, and St. Petersburg is home to a vibrant entrepreneurial community and a growing number of STEM professionals, and the broader area features multiple universities.

“The city of St. Petersburg has the largest financial services cluster in the state and the largest marine research center in the south. St. Petersburg anchors the Florida High Tech Corridor , which ranks as one of the Top 6 high-tech employment centers in the nation, comprised of more than half of the state’s high-tech firms. These qualities provide a superior workforce and the ability to readily develop an extensive network of business partners,” according to Destination Tampa Bay.

Befitting of ARK’s investing style, St. Petersburg is high-growth in its own right. From mid-2010 through June 2019, the population there swelled by 8.2%, according to the U.S. Census Bureau.

“ARK is not a traditional Wall Street asset management firm, and we are looking forward to breaking the mold further by relocating to St. Petersburg, a city investing in technology, science, and innovation,” said Wood in the statement. “Our relocation and the ARK Innovation Center will allow us to be more innovative and to impact the broader community while shining a spotlight on the technological advances and creativity permeating the Tampa Bay region.”

ARK, which issues six actively managed and two index-based ETFs, has $39.49 billion in ETF assets under management, as of Oct. 14.