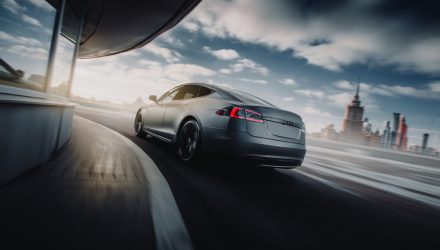 More Reasons to Love Tesla and This Tesla-Heavy ETF

Analysts’ affinity for Tesla continues growing and that’s a boon for the ARK Autonomous Technology & Robotics ETF (CBOE: ARKQ), an ETF with one of the largest weights to the electric vehicle maker.

Morgan Stanley, though mostly tepid on Tesla, seems at least one bright spot for the company. The bank believes that by 2025, Tesla will be far more profitable than ride-hailing firm Uber (NYSE: UBER).

Morgan Stanley “projects Tesla’s EBITDA will rise to $12.5 billion in 2025, up from $3 billion in 2019, while Uber’s will jump to $6.4 billion from a loss of $2.7 billion last year. Morgan Stanley did not give predictions for either company’s 2025 EBITDA margin,” reports Mark Matousek for Business Insider.

The actively managed ARKQ allocates 12.50% of its weight to Tesla, according to issuer data. That’s enough to power the fund to a 25.42% year-to-date gain.

“Based on each company’s stock price, investors appear to be much more optimistic about Tesla’s future than Uber’s (Tesla shared opened at $1,000 on Tuesday, while Uber opened at $33). But Morgan Stanley, whose price target for Tesla is $650, cautioned that investors’ expectations for Tesla may be too high,” according to Business Insider.