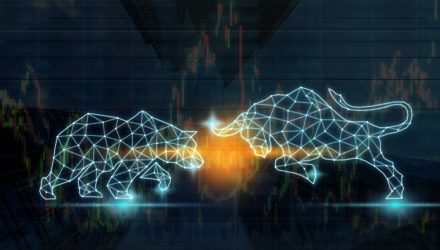 Some critics of sell-side analysts say that the group issues too many “buy” ratings and not enough negative grades. That may be true, but even if all the analysts covering a particular stock are bullish, chances are there will still be plenty of dissent when it comes to price targets.

In fact, the average bull/bear spread – the gap between the highest and lowest price targets on Wall Street – is 50% for S&P 500 stocks, reports Al Root for Barron’s. There’s something to be said for buying controversy and among exchange traded funds, the ARK Web x.0 ETF (NYSEArca: ARKW) is one of the ways to tap into that theme. 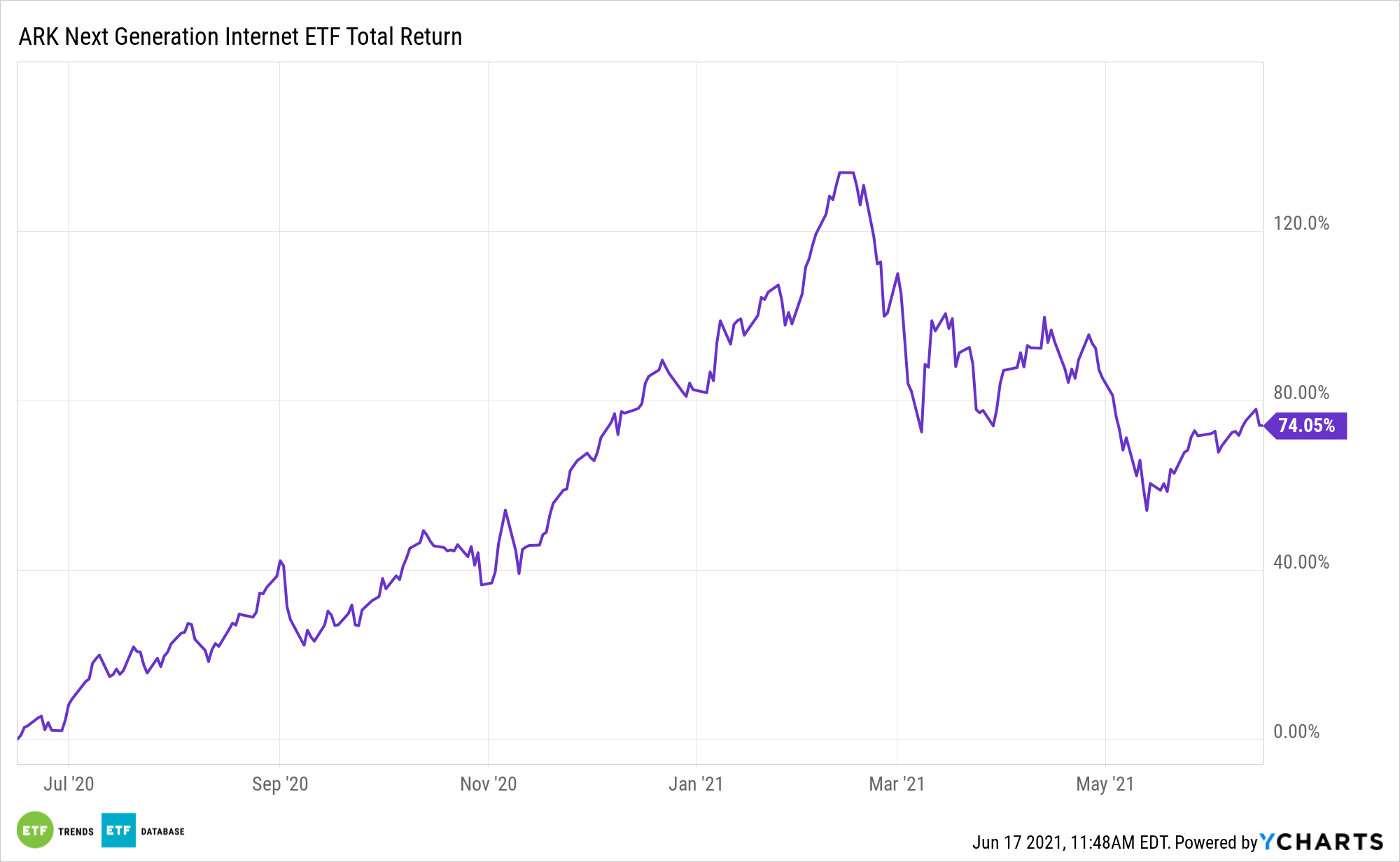 “A year ago, buying controversy was a good idea. The 24 most controversial names in the S&P 500 as of June 2020, identified via a Barron’s stock screen, have returned about 105% on average over the past 12 months,” according to the magazine.

Currently, the largest bull/bear spread among S&P 500 members is home paint manufacturer Sherwin Williams (SHW) at 207%, but Tesla (TSLA) isn’t far behind at 184%, according to Barron’s data.

Tesla is the largest ARKW component at 9.75% of the ETF’s weight as of June 16. Indeed, the chasm on Tesla price targets is staggering. The high is $1,200, with a low of $67. The stock, which is a top holding in two other ARK ETFs, closed around $605 on Wednesday.

Tesla isn’t the only ARKW component that’s a source of division when it comes to Wall Street price targets. Analysts just can’t seem to agree on Twitter (TWTR). The bull/bear spread on shares of the social media giant is 88%, reports Barron’s. That stock is ARKW’s third-largest holding at a weight of almost 5%.

Netflix (NFLX), another ARKW holding, also made the Barron’s bull/bear spread list at 98%.

And if it’s controversial stocks investors like, ARKW has them covered on another front. ARK has been a diligent buyer of DraftKings (DKNG) and Skillz (SKLZ), even as short sellers assail both gaming companies. On Tuesday, the day DraftKings slumped following publication of a short report by Hindenburg Research, ARK bought more than $42 million worth of the sportsbook operator, adding to positions held by ARKW and the ARK Innovation ETF (NYSEArca: ARKK). Skillz and DraftKings combine for about 4.6% of ARKW’s weight. ARK is among the largest institutional investors in both names. 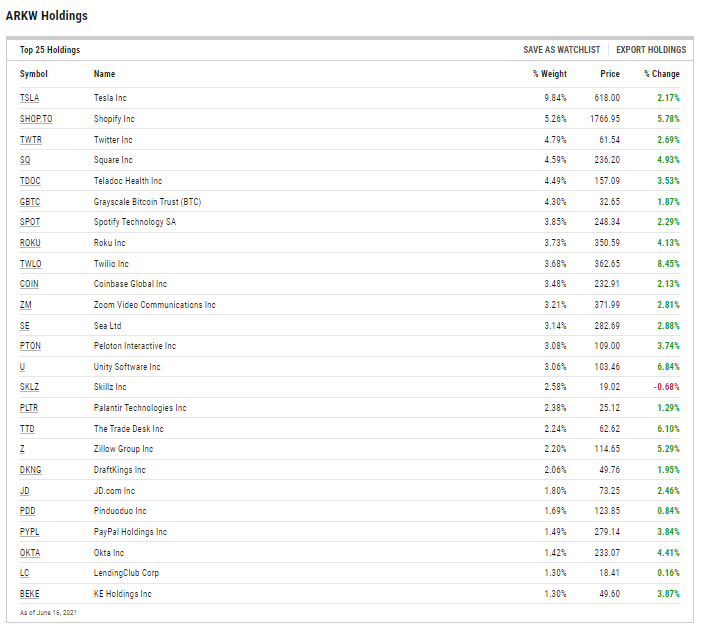