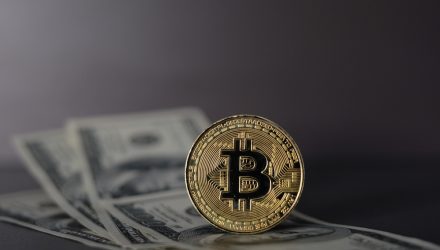 Leveraging Bitcoin as a Tool for Economic Equality, Empowerment

Bitcoin is often viewed through the lens of being an investment or an alternative to dollar-denominated transactions.

The world’s largest cryptocurrency, and any of its peers for that matter, are rarely viewed as avenues for economic empowerment. However, some experts beg to differ and see ample avenues for bitcoin to drive economic equality. In fact, that was a point of discussion at last week’s B Word Conference headlined by ARK’s founder, CEO, and CIO Cathie Wood, “Technoking” of Tesla and chief engineer of SpaceX Elon Musk, and Jack Dorsey, CEO of Twitter and Square.

As Musk notes, money is primarily an information system, and bitcoin can enhance the quality of information users are subject to. Over time, that could play a role in boosting economic empowerment.

“There’s definitely an opportunity for something better from an information theory standpoint,” said the Tesla boss at the B Word Conference.

He adds that government interference in currency markets, which experienced investors know occurs with regularity as governments look to prop up or devalue currencies intentionally, is a “source of error.”

“I think it makes sense to support something that improves the quality of information with which we conduct the economy,” said Musk. “I think bitcoin is a candidate for that.”

Musk confirmed his personal ownership of bitcoin and that of Tesla and SpaceX, holding the digital asset.

For his part, Dorsey said bitcoin is a chance “to replace the whole foundation” around traditional financial services, noting that basic transaction services, such as ACH or credit card networks, were built in bygone eras and losing relevance today.

“A lot of our monetary policies and monetary systems cause so much distraction and so much cost,” said Dorsey. “When you get to a system where the potential for people to own it truly…they can verify it themselves. You don’t have to have trust going in. You can verify it through source or whatever your particular appetite is.”

As the Square chief executive notes, bitcoin isn’t controlled by a state, a bank, or a corporation. That decentralized component could be an empowerment tool in the future.

Relevant to the current environment, Wood sees bitcoin as an avenue for combating the erosive impact inflation has on consumers’ purchasing power due to supply of the digital asset being fixed at 21 million coins.

She points to inflation, particularly the hyper-inflation that many developing economies have grappled with over time, as an additive to the case for bitcoin because it can augment the counterparty risk created by deflation.