You are at:Home»Disruptive Technology Channel»Israel ETF a Hidden Gem in ARK Invest Stable 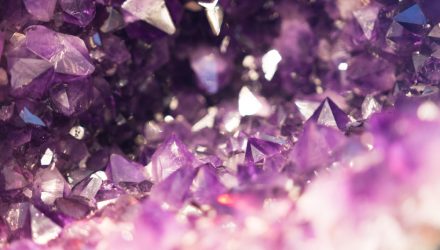 ARK Investment Management has one of the more famous lineups of exchange funds in the industry and that’s saying something because it’s small relative to some issuers. However, there’s a hidden gem or two on that roster.

IZRL, one of two passively managed ETFs from ARK Investment Management, reflects the performance of the ARK Israeli Innovation Index, which is comprised of Israeli companies whose main business operations are causing disruptive innovation in the areas of genomics, health care, biotechnology, industrials, manufacturing, the Internet or information technology, according to the issuer.

Outside of the U.S., Israel has one of the most expansive technology and healthcare innovation economies in the world, making IZRL a practical member of the ARK lineup. There’s more to the story and that’s good news for investors considering the Israel ETF.

IZRL is flying under the radar as a credible play on COVID-19 vaccination efforts.

“It’s clear that Israel’s vaccination program is not only having a substantial impact on consumer confidence but also on spending,” according to Invesco.

In addition to international and technology exposure, IZRL checks some other boxes, including the growth and size factors. The fund’s holdings have a weighted average market capitalization of $2 billion, putting it in small-cap territory.

The targeted focus on Israel’s innovators may be a way for investors to bolster a diversified global portfolio that may be severely underweight this segment of the international markets.

The Times of Israel noted that the Organisation for Economic Co-operation and Development (OECD) “is projecting Israel’s economy will grow a mere 2.3% in 2021, below the global average, after contracting 4.2% last year, as increased unemployment and a likely rise in insolvencies after a second national lockdown ‘will weigh’ on economic recovery.” The global deployment of a vaccine could certainly help the case for Israel beating the OECD’s GDP projections and IZRL may present an attractive value option.

“The economic impact was seen relatively early on. As morbidity moderated, restrictions eased and the third lockdown was rolled back — and the Bank of Israel’s Composite State of the Economy Index for February increased by 0.4%,” according to Invesco. “Economic activity accelerated in March. Daily credit card data shows that the value of transactions for the week ending March 22 was actually 15% higher than it was in January 2020.”