You are at:Home»Disruptive Technology Channel»Israel Could Be Interesting for Investors in 2022 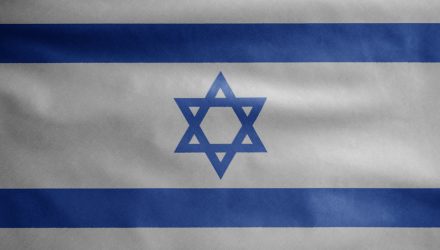 Israel Could Be Interesting for Investors in 2022

International equities once again lagged U.S. counterparts in 2021, but investors looking for pockets of ex-U.S. potential in 2022 might want to consider Israel.

Owing to the fact that Israel is a tiny part of major developed markets benchmarks, such as the MSCI EAFE Index, one appropriate way for many investors to get exposure to the country is with country-specific exchange traded funds.

Enter the ARK Israel Innovative Technology ETF (Cboe: IZRL). IZRL, which tracks the ARK Israeli Innovation Index, is arguably the most pertinent Israel ETF because it taps into the sectors and themes that make the Israeli economy a compelling investment destination. Namely, technology, healthcare innovation, and disruptive growth opportunities.

“2021 has been a bumper year for Israeli tech, and it came on the heels of another bonanza year in 2020. Israeli tech firms raised a whopping $25.4 billion in January-November this year, up 136% from 2020, itself a record-breaking year in which $10 billion in capital was raised,” reports Shoshanna Solomon for the Times of Israel.

Often referred to as “Startup Nation,” Israel is home to one of the more significant numbers of technology startups outside of the U.S., some of which have unicorn status. That’s relevant to IZRL investors on multiple levels.

First, IZRL allocates nearly 48% of its weight to technology stocks — a far higher allocation to that sector than is found in the MSCI Israel Index. Second, initial public offering (IPO) activity in Israel was brisk in 2021. Some of those companies could eventually find their way into IZRL or be acquired by the fund’s existing member firms.

“Israel also is home to 79 Israeli-founded unicorns, or privately held companies valued at over $1 billion, as of December 15, with 41 of them born this year, compared to 19 new ones in 2020, according to Tech Aviv, which tracks the industry. Thirty-three of these unicorns, or some 42%, are based in Israel, with the rest in New York,” reports the Times of Israel.

Israel is coming off a record year of IPO and mergers and acquisitions activity, with much of both trends centered around technology and disruptive growth concepts. Some market observers believe that those trends will persist over the course of 2022, and that could provide support to the IZRL thesis.