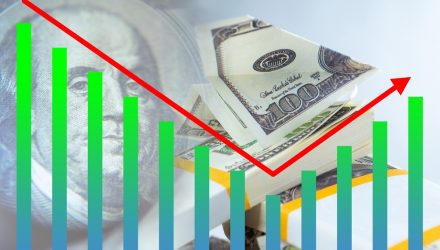 Investors Flocked to ARKK and ARKG in July as Growth Rebounded

Investors reinstated their positions in the growthiest segments of the market in July.

After U.S. equities posted their worst first-half performance since 1970 as inflation concerns, Fed rate hikes, and slowing economic growth weighed on markets, U.S. equities pulled off a stellar comeback in July. Key performance drivers during July included big tech outperformance and anticipation of a potential slowing in the pace of future rate hikes by the Fed.

During the month, two funds in ARK Invest’s lineup of ETFs saw notable inflows as investors looked to snap up the funds while they were still trading at a relative discount.

The ARK Innovation ETF (ARKK) took in $385 million in net inflows during July, bringing the year-to-date total inflows to $1.8 billion. The ARK Genomic Revolution ETF (ARKG) took in $54 million during the month, partially recouping outflows from the first half of the year, now totaling -$262 million year to date, according to VettaFi.

ARKK is an actively managed ETF that invests at least 65% of its assets in companies relevant to the investment theme of disruptive innovation. ARK defines ‘‘disruptive innovation’’ as introducing a technologically enabled new product or service that potentially changes the way the world works.

This includes companies that rely on or benefit from the development of new products or services, technological improvements, and advancements in scientific research relating to the areas of DNA technologies and the “genomic revolution”; automation, robotics, and energy storage; artificial intelligence and the “next generation internet”; and fintech innovation.

ARKG invests in companies that could profit from technological and scientific advancements in gene editing, genetic therapy, molecular diagnostics, and stem cell advances, according to VettaFi.

This is a change from the previous month, in which the ARK Fintech Innovation ETF (ARKF) and the ARK Next Generation Internet ETF (ARKW) led in inflows.