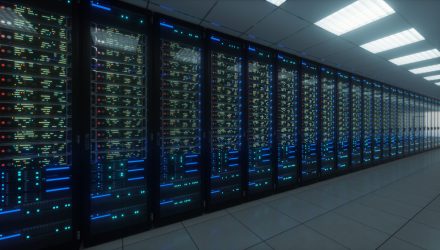 We’re on the cusp of the third great computing revolution. I’m talking about the latest computing superpower: their ability to “see.”

Computer vision is the greatest disruptive innovation in a generation. And in today’s essay, I want to show you how we got here.

Below, I’ll take you on a quick journey. We’ll look at the first 2 computer superpowers… and how they set the stage for today’s big opportunity.

This Little Paper Card Changed the Course of History

Imagine trying to survey 50 million Americans with just a pen and paper. That was the job of the US Census Bureau in 1880.

As you may know, the US Constitution requires a census be taken at the start of each decade. And by 1880 tallying up the results had turned into a mind-numbing slog. Computers didn’t exist, which meant the census of 50 million Americans had to be collected and counted by hand! In fact, it took seven years for the results of the 1880 US Census to finally be released.

An MIT professor named Herman Hollerith had an idea to speed things up. Hollerith was travelling to New York City on a train when he saw a conductor punching tickets to identify each passenger. This sparked an idea in Hollerith’s mind—which led to his creating the punch card.

Punch cards became the first method of feeding data into a computer. In fact, until the 1970s these paper cards were the only way to store, sort, and access data on a computer. 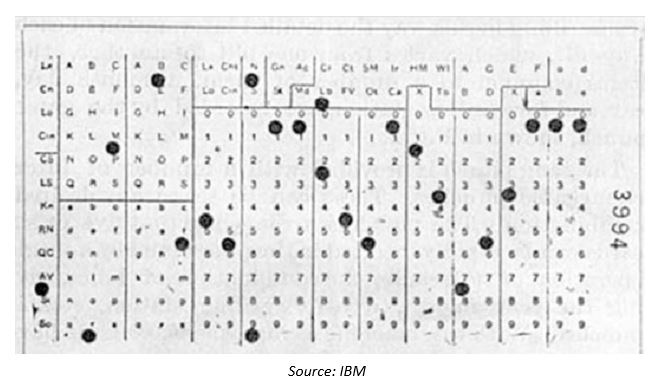 In 1890, US Census clerks went door to door recording information like age… state of residence… and gender on these punch cards. The dollar-bill-sized cards were then fed into Hollerith’s electric counting machine, which quickly totaled up the results.

This essentially automated the 1890 census, and the results were ready within 3 months! This marked the moment computers gained their first superpower, the ability to “count.”

Before punch cards, computers couldn’t recognize numbers. In fact, nobody had figured out how to feed data into a computer. Using needles to “feel out” which holes had been punched, Hollerith’s electric counting machines were able to quickly count the census results.

The combination of punch cards and counting machines changed the course of history. For example, computer scientists used it to model the impact of the first atomic bomb. This heavy math was impossible for humans to comprehend, and could only be understood by a machine. Later on, NASA also used these cards to “program” the Apollo spaceship for its moon landing in 1969.

But there was still one major problem. And it opened the door for the second great computing superpower.

The “Queen of Software”

Then in 1944 engineers at Harvard built the first “all-purpose” computer. The Mark 1 stretched 51 ft. long. And get this: 530 miles of wires and cables ran inside: 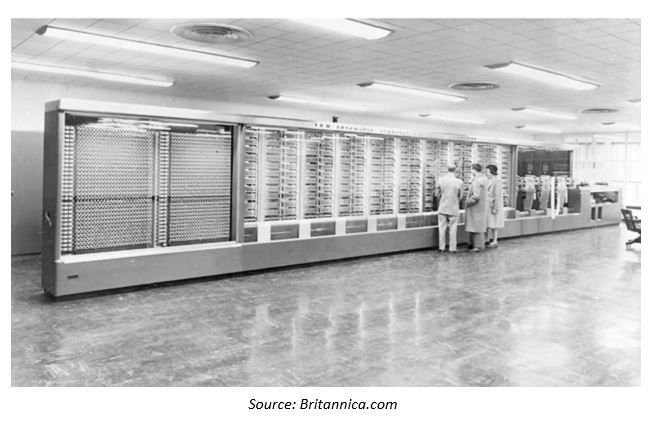 Computers were advancing rapidly, but they still had one big problem: You had to be a math whizz to use one. Machines couldn’t recognize words at the time, only numbers. So operating one required you to learn hundreds of complicated numerical rules. This kept computers confined to the bowels of college science labs.

Grace Hopper knew it didn’t have to be this way. Hopper was a PhD mathematician hand-picked by Harvard to operate Mark 1. She figured letters were just another kind of symbol computers could be taught to recognize.

So in 1952 Hopper created FLOW-MATIC, the first computer program to use words instead of numbers. For example, say you wanted to use a computer to calculate taxes. Now you could simply write “subtract income tax from pay” instead of keying in undecipherable code.

Hopper’s breakthrough taught computers superpower #2: the ability to “read.” In short, it marked the first time machines could understand words.

This was one of the most important inventions in tech history. Hopper knew being able to run computers with words would open them up to the world—and she was right.

Her invention laid the groundwork for the computer software industry. In fact, David Letterman labeled her “the Queen of Software” on his show in 1986. And today, the most powerful firms in the world don’t drill oil or build cars. They’re all in the software business.

For example, Microsoft became a $1.4 trillion company on the back of its Windows operating system. Ditto for Google, whose computer code powers the world’s best search engine. And Facebook’s online platform is run by thousands of software engineers.

Computers learning to “count” and “read” underpin every major tech breakthrough of the past century. And now machines are on the cusp of gaining their third superpower.

The Greatest Superpower Yet

Until recently, computers were woefully bad at “seeing.” In fact, about the only thing a computer could do with a pile of photos was sort them by size.

But the field of computer vision is advancing rapidly. Researchers have taught a computer to diagnose skin cancer more accurately than leading doctors. 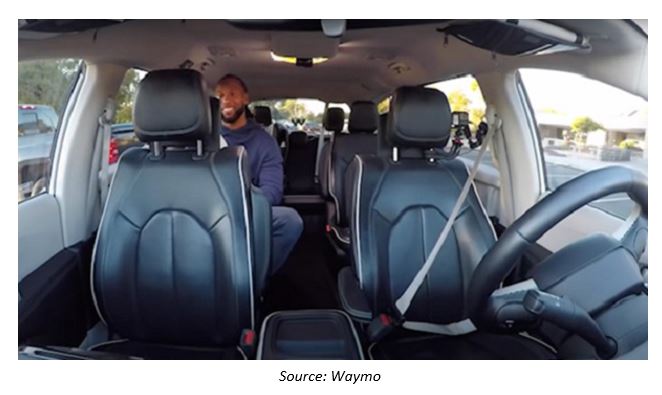 And Amazon is using computer vision-powered cameras to automatically check its employees’ temperatures. Computer vision is even producing flying delivery drones that drop parcels safely on your front porch.

In short, this is hands down the greatest revolution in computing since the internet.