You are at:Home»Disruptive Technology Channel»Interested in Israeli Tech? There’s an Ark ETF for That 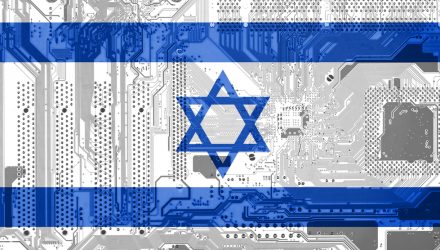 Interested in Israeli Tech? There’s an Ark ETF for That

As Israel leads the charge to per capita vaccinations, investors can consider the ARK Israel Innovative Technology ETF (Cboe: IZRL).

A month ago, 60% of Israelis were vaccinated, nearly double the corresponding vaccination rate of Americans at that time. Economic data suggest the benefits of a highly vaccinated population are playing out in real time.

“The Bank of Israel tracks credit-card expenditure as one of its special indicators on the state of the economy during the coronavirus crisis. Through Apr. 6, expenditure was running 19% ahead of January 2020 levels,” reports Steve Goldstein for Barron’s.

Beyond a stellar rate of vaccinations, there are other reasons to consider IZRL, namely Israel’s tech- and innovation-heavy economy.

IZRL tracks the performance of the ARK Israeli Innovation Index, which is comprised of Israeli companies whose main business operations are causing disruptive innovation in the areas of genomics, healthcare, biotechnology, industrials, manufacturing, the Internet, or information technology, according to the issuer. The fund is one of two passively managed products offered by New York-based ARK Invest.

“The opening of the economy and the return to normal life in Israel are expected to support continued rapid growth in the coming year,” said the Bank of Israel following its April meeting.

Adding to the case for IZRL is that Israel’s GDP is forecast to grow at a rate of 6.3% this year – one of the best clips among developed economies. There’s also support from the central bank.

Bank of Israel Governor Amir Yaron “also reiterated that the central bank stands by its plan to buy at least $30 billion of foreign currency in 2021 to stem the shekel’s gains. He said that whether the bank expands its bond buying programme beyond a planned 85 billion shekels ($26 billion) would be determined in the coming months,” reports Reuters.