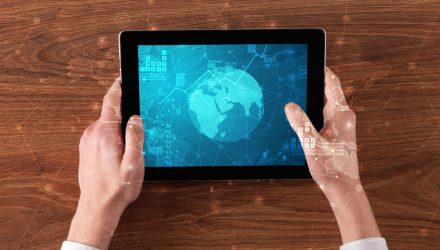 One of the primary sources of allure with autonomous transportation is the potential to remove the human element from the equation. Some experts believe that this will lead to an exponential decrease in automobile accidents and fatalities.

What’s not to like about that? Additionally, autonomous transportation is an investable theme, one accessible via the ARK Autonomous Technology & Robotics ETF (CBOE: ARKQ). ARKQ has long been among the leading exchange traded funds when it comes to harnessing the promise and potential of autonomous technologies because the ARK fund addresses a critical factor: human involvement in developing autonomous tech.

“Automakers moving into autonomous transport are disclosing different rollout strategies. During its earnings call, CEO Chris Urmson explained that Aurora plans to remove drivers from its autonomous trucks and will not use chase cars or human-driven cars as monitors,” says ARK analyst Tasha Keeney in a recent note. “Competitor TuSimple completed its first autonomous trucking run without drivers late last year but has deployed human-driven vehicles to survey the road ahead and monitor the truck from behind.”

The $1.64 billion ARKQ is one of a small number of ETFs that makes autonomous transportation a point of emphasis. Add to that, the ARK fund is actively managed, meaning that it can elevate autonomous tech exposure as it sees fit. As it is, that exposure is currently robust by way of an almost 10% allocation to Tesla (NASDAQ:TSLA).

The electric vehicle giant is one of the leading developers in the self-driving software space, and its lead over competitors is substantial. That’s another testament to the importance of the human element in developing autonomous technologies.

“Automakers choosing to keep humans in the loop during their autonomous vehicle launches might reach an asymptote in their improvement trajectory toward better, less error-prone autonomous driving. In other words,” adds Keeney.

Another benefit of ARKQ is that it taps into an important theme pertaining to autonomous transportation: Different markets have different end goals.

“The outcomes could differ by target market. Given the extreme labor shortages in trucking, for example, an autonomous truck service with human help could price its service similarly to that with human-driven trucks, while still offering a competitive value proposition to customers in need of goods delivery.  In contrast, ride-hailing consumers may be unlikely to choose a slower human-in-the loop autonomous ride-hail service over a similarly priced Uber or Lyft vehicle,” concludes Keeney.