You are at:Home»Disruptive Technology Channel»Growth Stocks Are on the Mend and ARKK Is Strutting Its Stuff 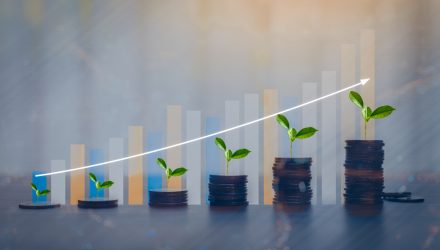 They’ve still got some work to do against their value rivals, but growth stocks are perking up. That benefits a slew of exchange traded funds, including the famed ARK Innovation ETF (NYSEArca: ARKK).

On the back of a 1.42% gain on June 24, ARKK turned slightly positive on a year-to-date basis. That’s impressive considering just a few weeks ago, the fund was saddled with a double-digit year-to-date loss. Indeed, momentum in the actively managed ARKK has been building. Over the past week, the fund is higher by 5.72% and for the month ending June 24, it’s up a scintillating 14.54%.

A toxic brew of rising 10-year Treasury yields and increasing inflation jitters plagued growth strategies, including ARKK, earlier this year, but for now, at least, those fears are ebbing.

“Fears of higher interest rates triggered by inflation appear overblown, as the U.S. 10-year Treasury sits around 1.5% after hitting a high near 1.8% at the end of March,” reports Maggie Fitzgerald for CNBC. “With interest rates continuing to come down and the threat of inflation under control, investors are now shifting back to their favorite growth names, and Wood’s Ark Invest is back on an upswing.”

The $22.28 billion ARKK epitomizes disruptive growth investing. Among other segments, the fund offers exposure to fintech, genomics, and next-generation names – all of which have deep growth traits.

As for inflation, there’s evidence that’s taking hold. The past two months of Consumer Price Index (CPI) data confirm as much as do soaring commodities prices. However, there’s some good news for growth equities on the inflation front. First, many market observers believe inflation will be transitory. Second, some commodities prices have recently retreated in epic fashion. Copper and lumber being two prime examples.

“ARK has maintained that inflation would prove temporary thanks both to the base effects caused by the price collapses last year and to supply chain bottlenecks that will cause double- and triple-ordering of supplies, a massive inventory overhang, and a commodity price collapse,” said founder Cathie Wood in a recent note.