You are at:Home»Disruptive Technology Channel»The Great Space Race: How to Invest in Space Exploration 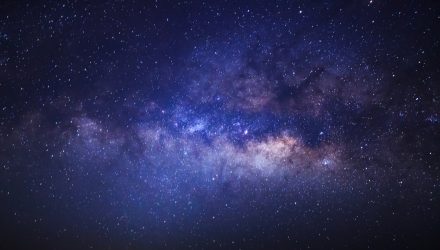 The Great Space Race: How to Invest in Space Exploration

Investors can turn to a targeted exchange traded fund strategy to capitalize on innovation in space exploration.

In the recent webcast, Ready for Takeoff: Investing in Space Exploration and Innovation, Sam Korus, Analyst, ARK, explained how ARK has broken down the space ecosystem into four segments, including orbital aerospace, enabling technologies, suborbital aerospace, and aerospace beneficiaries.

The advisor defines “Space Exploration” as leading, enabling, or benefiting from technologically enabled products and/or services that occur beyond the surface of the Earth.

The space includes Orbital Aerospace Companies or companies that launch, make, service, or operate platforms in the orbital space, including satellites and launch vehicles.

Suborbital Aerospace Companies are companies that launch, make, service, or operate platforms in the suborbital space, but do not reach a velocity needed to remain in orbit around a planet.

Korus pointed out that due to lower launch costs, the number of satellites scheduled for orbit has increased significantly. Satellites could strengthen GDP growth as their networks launch and leverage data for terrestrial businesses. Roughly 50% of the global population lacks internet connectivity, but with more satellites, cloud computing could effectively go global.

According to ARK’s research, the $40 billion opportunity to serve populations without access is a fraction of the total addressable market for satellite broadband. The market for connected planes, trains, and motor vehicles is likely to reach $36 billion in 2025. Governments globally are likely to add further to the demand for space services. Korus projected that, in total, the satellite connectivity market could approach $100 billion annually over the medium-term.

Looking ahead, Korus argued that hypersonic point-to-point travel could boom as long-haul flight times collapse from 10+ hours to 2-3 hours, transforming the global economy.

According to ARK research, passengers on short-haul flights are willing to pay roughly $15,000 for every two hours saved on private planes. Based on the economics of the short-haul flight market, ARK estimates that passengers and businesses will be willing to pay $100,000 to save 13 hours on a 2–3 hour private hypersonic flight from New York City to Japan. Korus calculated that if 2.7 million passengers were to pay ~$100,000 for long-haul hypersonic flights, the market would scale to $270 billion in revenues annually.

Burke explained that the ARK Space Exploration ETF aims to capture long-term growth with low correlation of relative returns to traditional growth strategies. In addition, the strategy could serve as a tool for diversification due to smaller overlap with traditional indices, complementing traditional value/growth strategies.

Financial advisors who are interested in learning more about space exploration and innovation can watch the webcast here on demand.