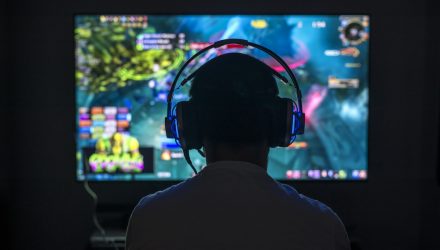 The Roundhill BITKRAFT Esports & Digital Entertainment ETF (NYSEArca: NERD) and its video game brethren are among this year’s best-performing industry exchange traded funds, but there could be more fuel in the tank for NERD and friends.

NERD seeks to track the total return performance of the Roundhill BITKRAFT Esports Index, which tracks the performance of the common stock of exchange-listed companies across the globe that earn revenue from electronic sports, or esports related business activities.

Several new game launches this week could put NERD and comparable ETFs in the spotlight.

“This week’s major new game release is Electronic Arts’ (EA) soccer sim “FIFA 21,” out on October 9 for PlayStation 4 (SNE), Xbox One (MSFT), PC, and Nintendo Switch (NTDOY). Also out this week is “Baldur’s Gate 3,” a role-playing game by Larian Studios. The game rolls out in early access on October 6 on Microsoft Windows, macOS (AAPL), and Google Stadia (GOOG),” according to The Fly.

Furthermore, these strong growth trends for the video gaming industry have all come in before pre-holiday releases of new consoles from Sony Corp. and Microsoft Corp., which are expected to add new distractions and entertainment choices for consumers in the months ahead.

“Piper Sandler analyst Yung Kim said in a research note released earlier that the firm’s semiannual survey of over 9,800 students indicated increased video games engagement across the board, with teens playing daily up to 31% versus 26% in the Spring 2020 survey,” reports The Fly. “Kim said that a primary beneficiary was Activision Blizzard (ATVI), as after a summer of staying at home, teens chose “Call of Duty: Warzone” as the free-to-play title they play the most at 62%, up from 33% in the previous survey. The analyst sees the data as positive for console publishers Activision, EA, and Take-Two (TTWO), as well as mobile publishers Zynga (ZNGA) and Glu Mobile (GLUU).”