You are at:Home»Disruptive Technology Channel»Getting on the Right Side of Megatrends 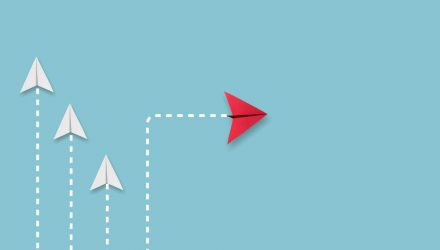 Getting on the Right Side of Megatrends

Broadly speaking, the third quarter wasn’t kind to equities, and disruptive growth strategies are included in that trend.

“The equity of companies that are on the ‘right side’ of megatrends, especially in the technology and healthcare sectors, have historically been the greatest beneficiaries of high-growth and low-rate environments,” according to BlackRock research. “And there has arguably never been a better environment for book value accretion, and hence return, for these kinds of companies.”

ARKK is a famously tech-heavy ETF as many of its 21 industry exposures are under the umbrella of the technology sector. However, the fund’s healthcare exposure should not be overlooked. At the end of the second quarter, healthcare was ARKK’s second-largest sector weight at 29.4% — an allocation sourced entirely through disruptive companies engaged in genomics and next generation oncology, among other endeavors.

ARK Investment Management focuses on companies that are in the early innings of disrupting the segments in which they operate. As such, the fund isn’t littered with older mega-cap companies, and some of its components aren’t yet profitable. However, as those firms shed their money-losing ways and firm their balance sheets, their disruptive potential can increase. Over time, that could be a positive for ARKK investors.

“Such companies have come to dominate the market capitalization leaderboard in the S&P 500 over the last 20 years. That trend is likely to continue, as technology-enabled creative destruction continues to keep opportunities open for new companies to disrupt old ones, also resulting in exciting private and venture investments on the horizon,” adds BlackRock.

Indeed, many ARKK components are disruptors. Moreover, the innovative strategies pioneered by many of the ETF’s holdings are allowing these companies to piece together enviable market share in their respective niches.

Consider ARKK’s exposure to Tesla (NASDAQ:TSLA), Teladoc Health (NYSE:TDOC), Roku (NASDAQ:ROKU), Coinbase (NASDAQ:COIN), and Zoom (NASDAQ:ZM). That quintet, which are five of the fund’s top six holdings and combine for about 31% of its weight, represents just a handful of the fund’s holdings, but each one has dominant market share in industries that are in the early stages of growth.