You are at:Home»Disruptive Technology Channel»Get Exposure to Roku With ARKK & ARKW 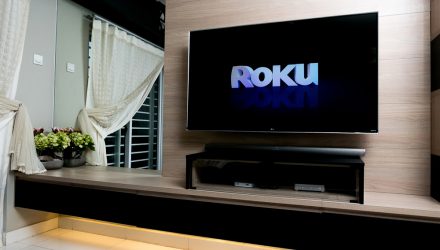 Get Exposure to Roku With ARKK & ARKW

Shares of Roku are surging Wednesday amid speculation that the provider of streaming services could be acquired by Netflix, Barron’s reported.

Roku (ROKU) stock is surging 11.5%, at $ 104.17, during Wednesday morning trading. If that number holds, it would be the stock’s highest close since early May. Shares have plummeted 72% in the past 12 months as analysts cut their expectations, and the market punished high-growth technology firms, according to Barron’s.

Much of the speculation ramped up in recent weeks among Roku employees after the company abruptly closed its trading window, according to Markets Insider, which is a period in which employees can sell their vested Roku stock.

Companies often close trading windows ahead of schedule when material news is imminent, in an attempt to prevent insider trading from occurring.

A senior-level Roku employee told Insider that a deal between the two companies would “align well in terms of culture, business, and current valuation,” as Netflix attempts to get into video advertising “and Roku has it.”

ARK Invest has two funds in its ETF lineup that offer meaningful exposure to Roku.

Roku is the second-largest holding in the ARK Next Generation Internet ETF (ARKW), weighted at 8.12%, trailing Zoom Video Communications (ZM, 8.26%) as of June 7.