You are at:Home»Disruptive Technology Channel»Fintech + Social Media: A Match Made in Investment Heaven? 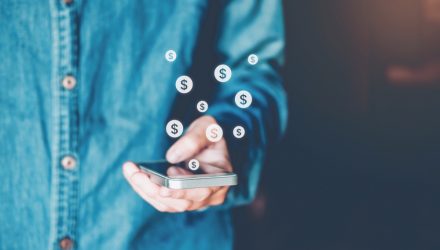 Fintech + Social Media: A Match Made in Investment Heaven?

Social media is one of the original disruptive investment concepts. Fintech is a bit newer on the scene. Combined, the duo could be formidable, and carry implications for assets like the ARK Fintech Innovation ETF (NYSEARCA: ARKF).

“More companies appear to be following Cash App’s footsteps and leveraging the viral nature of social media to drive user growth. As highlighted by our research, Cash App has been using artist and influencer giveaways on Twitter to attract new users and build its brand,” according to ARK Invest research.

Square moved deeper into viral efforts to drive growth earlier this year when it announced the acquisition of streaming music platform Tidal, which some analysts say will be a revenue booster for the fintech firm.

New Rivals Are Entering the Game

Square’s competitors are taking note of the potential potency of the fintech/social marriage.

“Having trailed Cash App’s marketing prowess for years, in the last few months PayPal has featured giveaways on Twitter, though with less viral success. That said, Venmo is wise to step up its social game. While its payment volumes did surge 63% on a year over year basis in the first quarter, Venmo needs to protect its position from creative and aggressive competitors like Cash App as it expands from peer-to-peer payments into crypto, investing, and banking,” notes ARK.

Social media may be able to ease fintech’s encroachment into areas traditionally dominated by traditional banks. One prominent example is the influence of viral videos.

“We believe that the lines between and among traditional peer-to-peer payments applications, challenger banks, and investment applications are blurring and consequently, competition is intensifying and driving up customer acquisition costs,” adds ARK. “Organic viral growth could separate the winners from the losers. While we have found that Venmo was the first successful peer-to-peer payments network in the US and Cash App the first to generate viral growth through social networks, we believe that staying ahead of the competition will require creativity in and around social trends and networks, preferably before influencers (sic) scale and become prohibitively expensive.”