You are at:Home»Disruptive Technology Channel»Extended Inflation Doesn’t Have to Hobble Tech ETFs 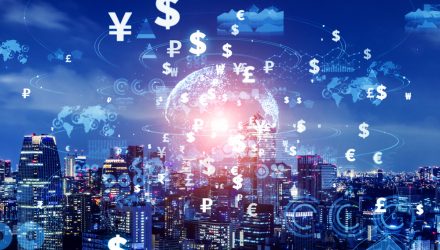 The famed ARK Innovation ETF (NYSEArca: ARKK) is dealing with a small year-to-date loss, but investors ought to be careful about blaming inflation for the fund’s 2021 lethargy.

In fact, the vaunted ARKK is recently showing some signs that it could be sturdy if rising consumer prices persist for longer than expected. For example, the fund is higher by almost 8.6% over the past month — a period including another higher reading of the Consumer Price Index (CPI).

For ARKK and other growth assets, the lay of the land today is that inflation is undeniably proving pesky and persistent, but many market observers remain convinced that the U.S. economy isn’t set for a bout with 1970s-style stagflation. Still, although ARKK isn’t a dedicated tech ETF (it allocates 31.1% of its weight to that sector as of Sept. 30), investors view it through that lens. As such, they want to know how ARKK will deal with potentially lengthy inflation. Fortunately, there’s reason to believe that tech’s inflation reputation is changing for the better.

Tech “historically performed poorly when inflation was high, owing to its previous cyclical nature. In the past, consumer and business spending would decline when higher inflation and/or Fed rate hikes slowed economic growth,” says David Kastner of Charles Schwab. “However, the sector has become less cyclical in recent years, likely due to the evolving nature of demand for Information Technology equipment and devices. As seen during the COVID-19 crisis, demand for technology increased amid the decline in economic growth.”

Kastner notes that the sectors that usually perform in inflationary climates are consumer staples, energy, healthcare, real estate and utilities, while consumer discretionary, financial services, industrials, and materials can be pinched by rising consumer prices. Owing to its newness relative to other sectors, communication services — ARKK’s third-largest sector weight at 17.4% — isn’t included in the discussion. However, it’d be reasonable to surmise that the group’s inflation sensitivity would be comparable to tech’s, given that many of that sector’s components were previously classified as tech.

“Businesses must invest in technology to remain competitive, as well as increase productivity to counteract labor shortages and higher wages. While the sector has extremely high valuations, its historical underperformance might not repeat itself if inflation does turn out to be persistent,” adds Kastner.

That’s a positive for ARKK’s inflation prospects, as is the fact that healthcare is one of the better sectors when inflation rises, since ARKK devotes 29.3% of its weight to that group.