You are at:Home»Disruptive Technology Channel»Disruptive Growth Will Have Its Day Again 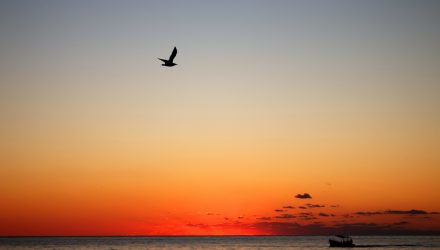 Disruptive Growth Will Have Its Day Again

Interest rate tightening by the Federal Reserve, more of which arrived on Wednesday, is one of the primary drags on disruptive growth stocks this year.

The ARK Innovation ETF (NYSEArca: ARKK), one of the bellwethers of growth stock ETFs, paints the picture of Fed-induced disruptive growth equity weakness. However, some market observers believe patient investors will be rewarded by growth stocks in the future.

One day does not make a trend, but it’s worth noting that ARKK surged more than 5% on Wednesday as the Fed boosted interest rates by 50 basis points. That wasn’t as much as some market observers, indicating that if the central bank dials back its level of rate-increasing aggressiveness, growth fare could rally.

Additionally and perhaps surprisingly to some investors, a recession – talk of which is escalating – could prompt market participants to revisit growth names.

Conversely, growth stocks, including some ARKK components, could rebound a bit if a recession doesn’t come to pass because if recession expectations prove unfounded, investors could be compelled to drop safer assets in favor of risk-on fare.

“Although some observers expect that the Fed’s interest-rate hikes will halt the economy, most are sanguine. In a recent poll of economists by The Wall Street Journal, 72% believed that the United States would remain recession-free during the next 12 months. Should they become more pessimistic, the relative fortunes of growth stocks will likely improve,” adds Rekenthaler.

The actively managed ARKK could have another ace up its sleeve: Plenty of disruptive growth stocks are now trading at attractive valuations and that doesn’t happen in this corner of the market. In fact, it’s downright rare.

Whether it’s Coinbase (NASDAQ: COIN) or pandemic plays, such as Roku (NASDAQ: ROKU), Teladoc Health (NYSE: TDOC), and Zoom Communications (NASDAQ: ZM), some disruptive growth stocks are as cheap as they have been in quite a while. Of course, valuation alone isn’t a reason to buy ARKK or some of its holdings, but it could turn into a catalyst for the fund and other innovative growth assets.

“Alternatively, growth stocks may have become so cheap that they no longer require a friendly economy to revive. But judging that event is even trickier than foretelling the economy,” concludes Morningstar’s Rekenthaler.