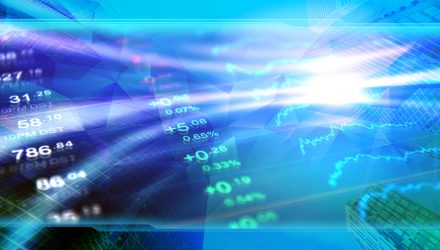 Fintech itself is a major disruptor to traditional banking, and other financial services and digital wallets are among the primary frontiers of that disruption.

The ARK Fintech Innovation ETF (NYSEARCA: ARKF) is a prime example of an exchange traded fund that taps into the digital wallet theme. Adding to the allure of ARKF is digital wallet evolution. Digital wallets initially debuted as a faster, cheaper way for people to send money to each other. While that’s still the case, the technology is disrupting other corners of the old guard banking universe, and that could give way to significant market capitalization appreciation over the long term.

“Today, digital wallets like Venmo, Cash App, and others around the globe are penetrating traditional financial services, including brokerage and lending, thanks to what we believe are superior user experiences and much lower costs of acquisition,” according to ARK Investment Management research. “In ARK’s view, digital wallets could scale at an annual rate of 69% in the US, from more than $400 billion in market capitalization to $5.7 trillion, and 78% globally, from $1.1 to $20 trillion, during the next five years.”

Buoyed in part by the coronavirus pandemic, digital wallets were the primary point-of-sale payment option last year. However, as ARK research notes, digital wallets have been growing on this front for several years, indicating durability in store when the world eventually recovers. Since 2018, digital wallets are growing as payments at point-of-sale while cash is declining and credit and debit cards are flat-lining.

Square, now Block (NYSE:SQ), and PayPal (NASDAQ:PYPL) combine for 11% of ARKF’s weight, with the former being the fund’s largest holding.

“On a net basis, traditional banks in the US spend roughly $750 in paid marketing and roughly $2500 in total, including the occupancy expenses for branch networks, to acquire a new customer,” notes ARK. “Based on network effects, viral marketing, and arguably superior value propositions, digital wallet providers spend as little as $1 to acquire new customers, giving them room to invest and move up-market.”