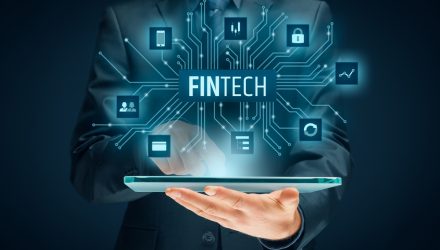 A simple though accurate way of explaining fintech is that it’s next-generation finance, and with that in mind, it’s common for some companies in this space to tap into important demographic trends.

For investors, demographics can offer material benefits. Among fintech exchange traded funds, the ARK Fintech Innovation ETF (NYSEARCA: ARKF) is one of the premier avenues for capitalizing on the financial services youth movement.

As of March 22, ARKF’s largest holding is Block (NYSE:SQ) at a weight of 11.25%. The company formerly known as Square is also the owner of Cash App, the popular money transfer service. Block made Cash App available to teenagers last November, and some analysts believe that was a shrewd move.

“Strong early adoption could be Block’s ‘May Surprise,’ and help it paint a very rosy picture of the Cash App at its upcoming analyst day in May,” Mizuho’s Dan Dolev said in a note out yesterday.

The Mizuho analyst boosted his price target on Block to $190 from $180 with the new forecast implying upside of about 34% from the March 22 close. Block’s move to engage teenagers could pay off for investors.

“Mizuho estimates the teen users could drive at least 2% potential upside to Cash App gross profit in 2022,” reports Tanya Macheel for CNBC. “About 21% of kids engage with the app daily, compared to an average 11% for all other apps, it found. Nearly two-thirds of parents whose kids use Cash App reported monthly transaction volume of $50 to $300, compared to about 52% for other apps, according to Mizuho.”

Today, there are approximately 20 million kids in the U.S. in the 13-18 demographic, and Mizuho estimates that Cash App can get in front of 2 million to 4 million of them. That’s impressive market share.

As for ARKF, the actively managed fund is home to plenty of other stocks that are associated with younger demographics, though not necessarily as young as teens.

Those holdings include crypto exchange giant Coinbase (NASDAQ:COIN), Robin Markets (NASDAQ:HOOD), DraftKings (NASDAQ:DKNG), and Twitter (NYSE:TWTR), among others. That quartet combines for over 18% of ARKF’s roster. Coinbase is the fund’s second-largest component behind Block at a weight of 10.02%.