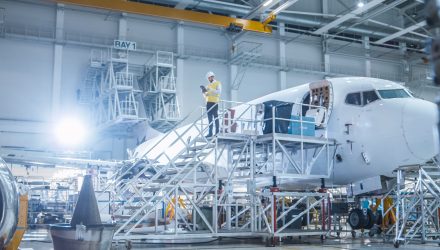 Disruption is widespread in almost any sector as technology like artificial intelligence (AI) is making its way into core businesses to improve processes, including airline operations. In a keynote speech at the annual Consumer Electronics Show, Delta Air Lines CEO Ed Bastian used the forum to discuss the operational structure for Delta, which will be driven by an AI machine learning tool.

Per an Avionics International report, Bastian “did not provide a specific product name for the technology, but instead called it a proprietary tool that will mainly be focused on helping passengers and flight crews overcome weather occurrences that impact the routes they fly on a daily basis. The keynote speech is a familiar strategy across all of the divisions of Delta, including their maintenance team whose predictive maintenance leadership gave a speech on how the airline is shifting towards the adoption of AI at the 2019 AEEC/AMC annual conference.”

“We’ve cancelled cancellations, but we still have to deal with weather variables like hurricanes or a nasty Nor’easter, and that’s why the team in our operations and customer center is developing the industry’s first machine learning platform to help ensure a smooth operation even in extreme conditions. The system uses operational data to run scenarios and project future outcomes while simulating all the variables of running a global airline with more than 1,000 planes in the sky,” Bastian said.

Airline industry innovation can also benefit the US Global Jets ETF (NYSEArca: JETS). JETS seeks to track the performance of the U.S. Global Jets Index, which is composed of the exchange-listed common stock or depository receipts) of U.S. and international passenger airlines, aircraft manufacturers, airports, and terminal services copanies across the globe.

U.S. airlines are headed for a 10th straight year of profits, which is causing employees to demand higher wages as well as increased benefits. This decade of profitability could put airlines-focused and transportation ETFs in play.

“Next year, major U.S. carriers will be negotiating labor agreements with more than 120,000 unionized employees, a process that is set to add to their expenses,” a CNBC article noted. “American will be negotiating with most of its unionized workforce, including pilots, flight attendants, and maintenance workers.”

“Labor costs are airlines’ biggest expense and they have become a larger portion of overall costs,” the report added. “Last year, labor costs ate up 28% of U.S. airlines’ $187 billion in revenue, up from a 21% share in 2008, as airlines hired more workers and compensation rose, according to data from trade group Airlines for America.”