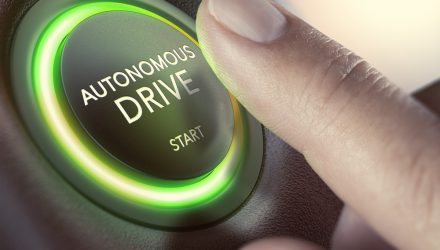 Cruise plans to expand its driverless ride service to Austin and Phoenix before the end of the year, the company’s chief executive Kyle Vogt said last week.

“Last week in San Francisco, I took a ride in one of Cruise’s fully autonomous vehicles, with no human behind the wheel or in the passenger seat. The ride was smooth, though slow, with only one unexpected braking event when the car responded to motorcyclists weaving through traffic. Currently available only during nighttime hours in limited areas of San Francisco, the service should become more convenient ‘soon’ once Cruise expands its hours and service area,” Keeney said.

Keeney said that perhaps enabling this expansion is a shift away from high-definition (HD) maps, which are extremely detailed 3D visualizations created by systems of lasers called LiDAR used as the “base truth” against which to compare real-time road conditions.

“Cruise CEO Kyle Vogt now believes that maps are becoming a ‘nice to have versus a need to have.’ This conclusion gives some validity to Tesla’s approach, which has never relied on HD mapping,” Keeney wrote. “HD maps likely add additional complexity and costs, so Cruise’s migration away from this technique may be one of the reasons that it is able to expand into Austin and Phoenix, where it has no footprint, within the next 90 days.”

“Key to Cruise’s success will be its ability to scale its robotaxi service such that vehicle utilization rates increase, allowing for prices to fall significantly below those of human driven ride-hailing companies,” Keeney said. “Today Cruise is pricing its service slightly below Uber’s. ARK believes lower prices per mile will be key to driving demand for robotaxi services.”

Investors looking to gain exposure to the advancements in autonomous transportation should consider the ARK Autonomous Technology & Robotics ETF (ARKQ). ARKQ is an actively managed fund from the team at ARK Invest that offers exposure to domestic and foreign equity securities of autonomous technology and robotics companies relevant to the theme of disruptive innovation.

Companies within ARKQ are focused on and are expected to substantially benefit from the development of new products or services, technological improvements, and advancements in scientific research related to, among other things, energy, automation and manufacturing, materials, artificial intelligence, and transportation. These companies may develop, produce, or enable autonomous transportation, robotics and automation, 3D printing, energy storage, and space exploration, according to ARK.