You are at:Home»Disruptive Technology Channel»Cord Cutting Is Just One Catalyst for This Disruptive ETF 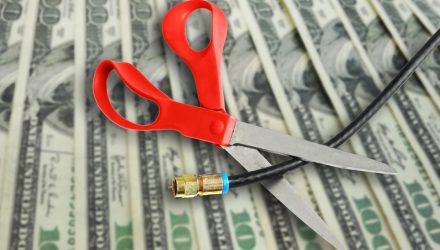 Cord Cutting Is Just One Catalyst for This Disruptive ETF

The ARK Web x.0 ETF (NYSEArca: ARKW) is enjoying a slew of tailwinds this year. Fortunately, many of those catalysts are viable over the long term, including cord-cutting/streaming entertainment.

“Typically, the disruption of entrenched technologies follows a pattern: slowly, then all at once. In our view, linear TV has hit the ‘all at once’ tipping point,” writes ARK Invest analyst Nick Grous. “Since peaking in 2011 at 103 million, the number of linear TV households in the US has slipped by 2.1% on average per year, a decline that probably accelerated this year in the absence of live sports.”

The Future Is Now

What makes ARKW a more compelling option than passively managed funds is that with the benefit of active management, the fund goes beyond prosaic fares, such as Alphabet, Amazon, and Facebook. For example, Tesla is ARKW’s top holding, and the fund features exposure to the likes of Square and Roku, stocks not often found for size in traditional internet ETFs. Roku is another streaming name as the leader in the OTT space.

“Recently, television advertisers have been disappointed by the dearth of viewers as Major League Baseball (MLB) and the National Basketball Association (NBA) returned to the airwaves,” notes Grous. “According to Roku’s annual cord-cutting survey, only 17% of recent cord-cutters plan to re-subscribe to linear TV when live sports resume in force. Indeed, according to our research, during the next five years, the number of US linear TV households will drop approximately 48%, from 86 million today to roughly 44 million in 2025.”

“If users cut the cord at the rate we anticipate, the $70 billion-dollar US TV ad market could collapse, shifting dollars to more efficient digital platforms,” according to Grous. “This week, Roku and The Trade Desk reported strong growth in their connected TV ad businesses, while most linear TV players like ViacomCBS posted double-digit declines. In other words, linear TV advertising seems to have hit the tipping point, with no return.”