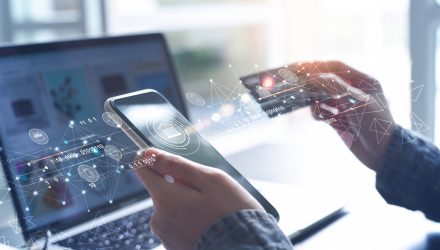 Buy Low on This Resilient Fintech in Active ETF ARKF

With the holiday season arriving, the time to shop both on and offline is here just in time for investors to begin to plan their 2023 portfolio. Challenges certainly loom in the new year, but an interesting buy-low opportunity is also available in Block, Inc. (SQ), which may be more resilient than it looks, and is accessible via an active fintech ETF like the ARK Fintech Innovation ETF (ARKF).

SQ, run by CEO and former Twitter (TWTR) leader Jack Dorsey, made serious changes in 2021, moving away from its previously somewhat one-dimensional status as a payments company. SQ bought the buy now, pay later service Afterpay early this year as the first step towards Cash App becoming a commerce platform. Furthermore, the company introduced 44 new products to international customers in just the first six months of this year.

The company is seen by some as seriously undervalued entering the new year, as well. The next year may see the market separate the wheat from the chaff in the fintech space as rising rates see those firms tighten their belts, but investors may still want exposure to the innovative space, and SQ represents a safer option as one of the largest players in the sector.

ARKF, which actively invests in disruptive innovation firms, holds SQ at 10.3%, its second largest-weighted holding. The active fintech ETF charges a 75 basis point fee for its exposures, holding several other fintech-related firms that work on the blockchain, customer platforms, and more, like MercadoLibre (MELI) which focuses on Latin America.

Should next year see a recession, times might get tougher for consumer spending. But for now, consumer spending still seems decently healthy, and with SQ offering a buy-low opportunity, investors looking for fintech exposures may be interested in following the stock in an ETF like ARKF.